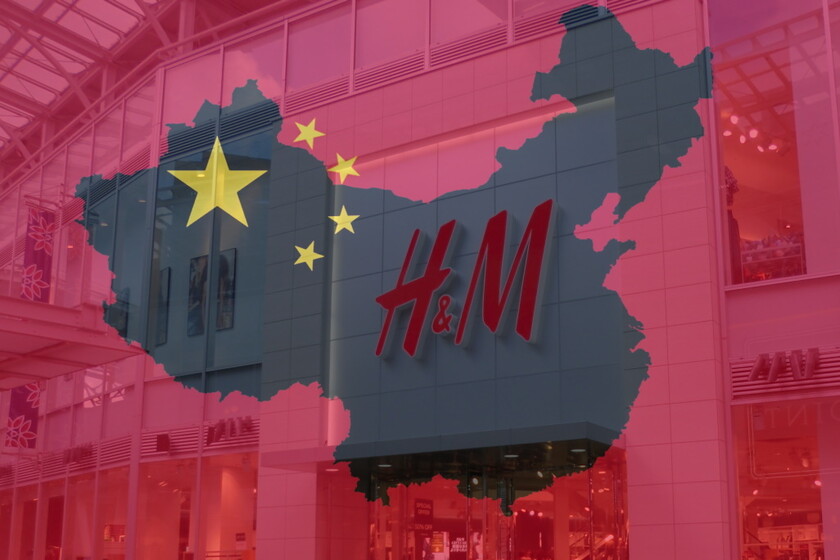 The nightmare for the Chinese division of the H&M brand began last Wednesday with a message on Weibo (the 'Chinese Twitter') published by the Central Committee of the League of Communist Youth of China and that, at this point, has already gone viral.

The message included a link to a statement (from months ago) from the clothing giant H&M announcing its decision to stop using cotton from China's Xinjiang region (region of origin of the Uighur minority) pending clarification of the accusations of use of slave labor; and, next to that, the following text from the Central Committee:

"Do you want to make money in China while spreading rumors to boycott Xinjiang cotton? You'd like to!"

From that moment on, the brand has virtually ceased to exist for Chinese users: Within hours, major Chinese tech companies have agreed to remove H&M from maps, searches, and e-commerce platforms.

Yesterday, for example, users who were trying to buy one of your products on Taobao, Pinduoduo or JD.com, the purchase option was found blocked. Likewise, the users of the AutoNavi, Baidu and Tencent maps were unable to find the stores on them.

The South China Morning Post also includes other examples of this boycott: a delivery app (Meitan) that refuses to send food to an H&M store, a transport app (Didi Chuxing, the 'Chinese Uber') that does not recognize another store address as a valid destination...

Although, curiously, H&M China profiles themselves are an exception to this boycott, since their corporate accounts on WeChat and Weibo are still accessible (like their website), for practical purposes. the Swedish brand has been isolated from its main sales channels in the Asian giant.

On Weibo, searches for terms such as 'H&M' or 'HM' on major Chinese platforms return no results, and many outraged users demand that the next step be the closure of the company's physical stores.

But H&M is not the only Western brand in trouble for its position on the use of Xinjiang cotton: Nike, Adidas and Burberry fear they will soon suffer a similar reaction by Chinese technology companies.

In the case of Burberry, has already suffered the first blowe, even if it is merely symbolic: a few days after revealing an agreement with the Chinese Tencent for it to offer 'skins' designed by Burberry in its video game 'Honor of Kings', these skins have been removed from it.

According to the Chinese tabloid Global Times, the Spanish Inditex had "silently deleted" from its website a similar statement to those of the aforementioned companies to avoid problems. H&M has done the same (here the version accessible via Archive.org), but it cannot be said that it has been of much use.