Xiaomi promotes its flagship by creating a giant domino made up of 4,100 Mi 11 units.

The Chinese manufacturer Xiaomi has surprised us with a curious initiative to promote its star terminal, the Xiaomi Mi 11: it has created an incredible giant domino whose pieces are 4,100 units of this mobile terminal. Xiaomi returns to amaze the world with a curious advertising campaign

The Chinese manufacturer has published on the Chinese social network Weibo a video in which you can see how the tiles of a giant domino fall, which is made up of more than 4,000 Xiaomi Mi 11. 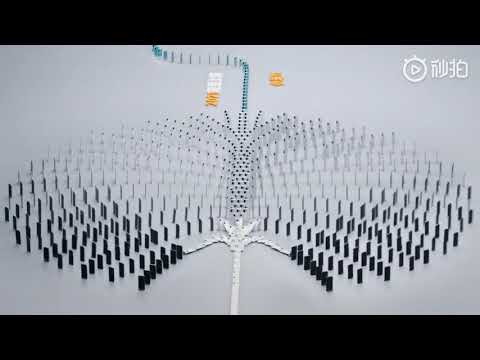 It is not the first time Xiaomi carries out such an amazing marketing campaign, given that in the past it has already sent a Redmi Note 7 into space or tested the resistance of the Redmi 10X by throwing fruits and vegetables at 50 km / h.

The Chinese giant has used a total of 4,100 terminals, in its three available colors: Horizon Blue, Midnight Gray and Cloud White, all stacked against each other and dropped to create a "Domino effect" really impressive both in color and design, since as they fall they form a series of curious geometric figures.

The Xiaomi Mi 11, which is already available in Spain, is the high-end terminal with the best value for money today since we are facing a device that has a 6.81-inch AMOLED screen With a refresh rate of 120 Hz, the Qualcomm processor Snapdragon 888, a three rear camera module with a main sensor of 108 MP, a battery of 4,600 mAh with 55W fast charging and Android 11 running low MIUI 12.5.

All this with prices ranging from 749 euros of the version with 8 GB of RAM and 128 GB of storage up to 799 euros of its most complete version, with the same RAM and 256 GB of internal memory.