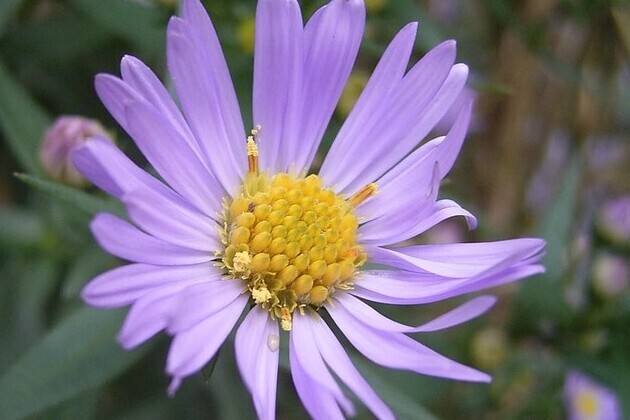 The Wikimedia Foundation has published that it is receiving millions and millions of requests daily from India from users who want to get a photograph of a lilac flower.

What is striking is that these requests “come from very different IPs and follow a daily traffic pattern, so we assume that there is some mobile application that is used predominantly in India and that links to the image to, for example, put it on a home screen ”.

The 90 million daily requests "on average", follow a similar pattern. Wikimedia administrators say they are considering the hypothesis that an application widely used in the Asian country is linked to that photograph for some type of common use, such as the image that the app shows on the cover.

That is, this flow of requests comes from the user agent "-" and, as you can see in the graphic published by the Wikimedia pageview website (pageviews.toolforge.org) and Mixx.io has shared, started in July 2020 with about 65 million requests per day And it has risen steadily since then, standing at around 90 million a day. 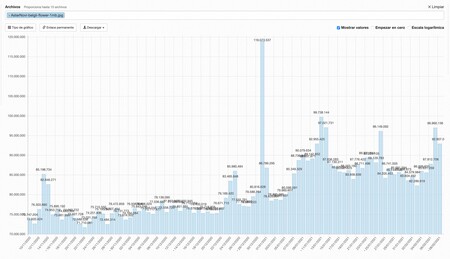 This has opened a forum on Wikimedia's Phabricator about possible causes of success of the flower. The theory that may be an application is discussed by some users. It is true that India has an immense number of inhabitants (almost 1,400 million according to Countrymeters), but if it is an app, it has to be one that is really popular.

In general, forum users say that it is unclear what the origin of these requests may be. And those who decide to give their opinion they do believe that the app theory may be the most successful.

The user mforns says that it is difficult for an app to be so extremely popular unless it is mandatory and gives the idea that it could be Aarogya Setu, the app developed by the National Computer Center of the Ministry of Electronics and Information Technology to reduce the spread of Covid-19 and which is mandatory among the citizens of India.

However, if you search for information from this mobile tool, the lilac flower from Wikimedia does not appear. In fact, Neil Shah-Quinn, a product analyst at the Foundation, downloaded the application to test the theory and found nothing related to the image of the controversy. User ssingh claims that sometimes an app can ask for some resource (for example, an image), without actually unfolding it.

The investigation of the mysterious photo has also reached Twitter and Chris Albon, Director of Machine Learning at Wikimedia posted a few hours ago about this fact. It says that the "20% of the total requests that arrive at one of its data centers is for this image".

How transparent is Wikimedia?

Check out this actual, live ticket about an ongoing mystery. 20% of all requests to one of our data centers for media are for this image of a flower. Nobody knows why.https: //t.co/IHrzpKGVbj pic.twitter.com/Cbw6pC9txd

Albon opened the ban to begin the investigations within Twitter and Ben waber, President and Co-Founder of Humanyze says be convinced that this flower can see from the hand of Josh's downloads, an Indian app that gained popularity when the country banned TikTok. According to Waber, the dates coincide. According to Fran Dans, a data engineer at Wikimedia, Josh did not appear until August, a couple of months after the flower photo exploded in petitions.