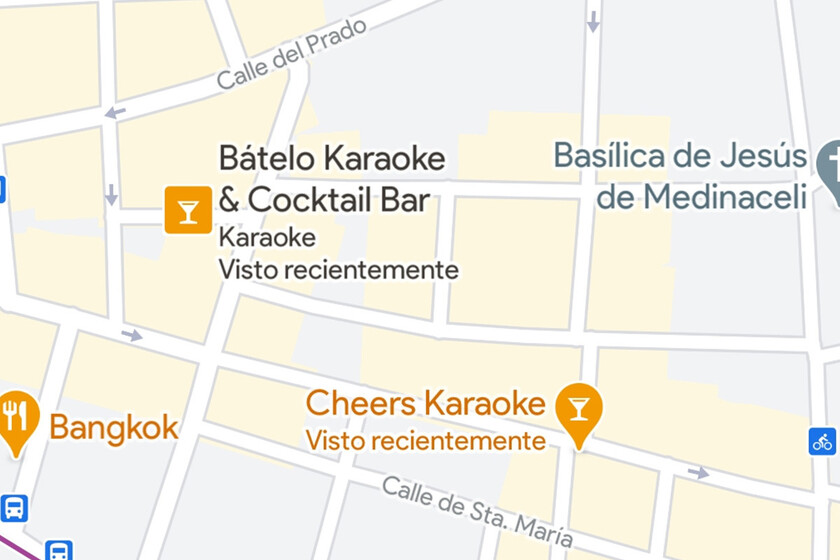 Over time, Google Maps has populated its maps with endless detail: points of interest, gas prices, traffic lights, bus stations and a long, long etcetera. There is a lot of information on the map, although what predominates are thumbtacks or pins, with different icons depending on the category and, recently, with different shapes.

Google Maps has two types of pins: balloon-shaped and square-shaped. The icons within them and the colors remain the same for cafes, restaurants, shops and more, but with a different shape. It is not a mistake, but the evolution of something that began in 2013: advertisements.

Ads have been on Google Maps for a long time, although it wasn't until a couple of years ago that Google started to get serious about it. First came the icons with store logos, easily distinguishable from other points of interest. Now square thumbtacks arrive, somewhat more difficult to distinguish unless you pay attention.

Google announced the square push pins last summer, although they didn't start showing up until September. As for you to see one you need a business in the area to be promoting itself, it is possible that you have not found one yet. The first time you do it, Google Maps will show you a text indicating that square thumbtacks are ads, like the following. 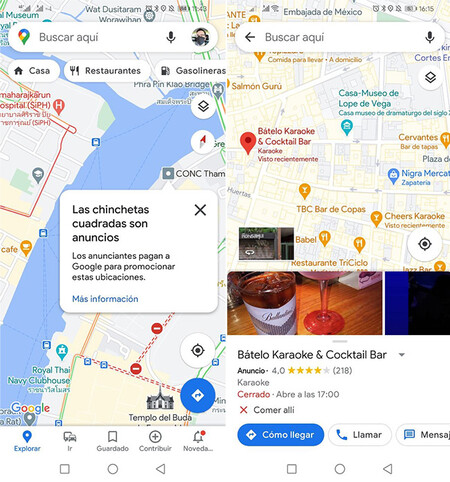 That is, if in Google Maps you see two places with the icon of a cafeteria, one with a square shape and the other with the traditional shape, the first is an advertisement or, to be more exact, a place that has been promoted by its owners to appear prominently on Google Maps. By tapping on it you will see the information of the place, with its reviews, photos and more.

It is important to know the distinction, because Google Maps shows you only some of the icons of places according to how relevant it thinks they are to you at that moment. but it shows the promoted sites to more people. That is, the square places, with advertisements, they might be less relevant to you than the ones with a normal icon.