Vtubers, virtual avatars that earn thousands of euros in donations on YouTube and that have become an industry in Japan 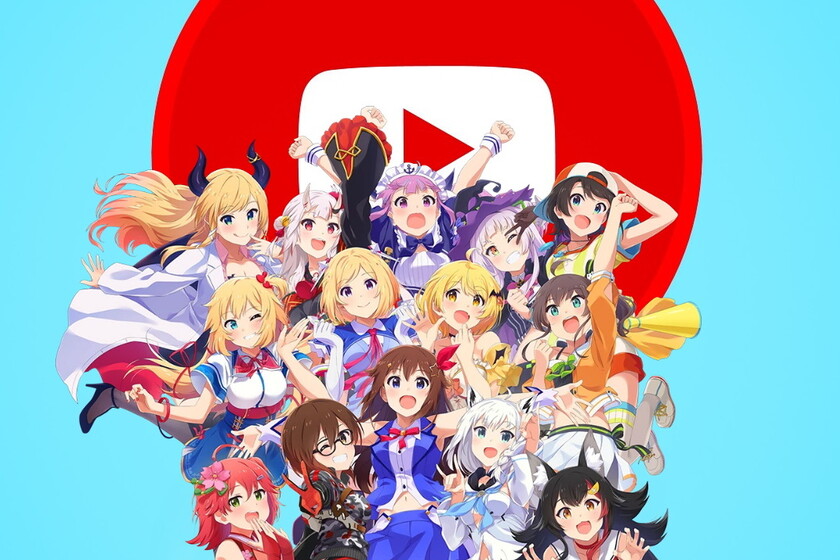 William Gibson, the creator of the 'cyberpunk' genre, featured in his 'Bridge Trilogy' a character named Rei Toei, the avatar of an artificial intelligence who served as a global pop superstar, of what the Japanese call 'idoru' (title, also, of one of the novels of the trilogy).

Now, when the most popular youtubers have started to become media characters (sometimes despite themselves) whose faces can be recognized on the street or on the news, it is surprising to discover a growing trend of youtubers who prefer to remain anonymous... and making Gibson's cyberpunk prophecy come true: the vtubers.

Seeking to preserve their privacy, or perhaps fearing that their audience will like less if they present their real identity to the world, many YouTubers are beginning to use facial capture technologies to animate virtual avatars, either in 2D or 3D, which they use to interact with their fans.

This 'vtubing' is a trend closely linked to Japan, and not just because virtually all of its content creators turn to aesthetic 'manganime', but because it is from that country where most of them come (or, rather, from them, since most of these avatars have women behind them).

Despite this, it was not in the country of the Rising Sun where this fashion emerged: it was a Japanese resident in London, under the nickname of Ami Yamato, the first who chose to 'vlog' using a virtual avatar. Later, in 2015, Mattel made a splash with videos starring Barbie (yes, the doll).

The first vtuber to use both this term and that of 'virtual youtuber' was Kizuna AI (2016), developed by an artificial intelligence company. Currently, their more than 500 million visits and 5.4 million subscribers (between YouTube and the Chinese Bilibili), make Kizuna AI the most successful vtuber. 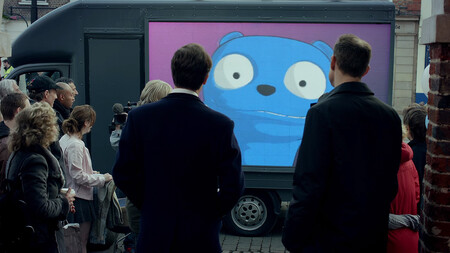 All this has already been seen by The Simps ... sorry, those from 'Black Mirror'. Do you remember Waldo?

The importance of Kizuna AI lies in the fact that, on the one hand, it set the trend for what would come next and that, on the other, it constitutes an exception in the field of vtubers:

The economics of 'vtubing'

In Japan, the influence of vtubing has surpassed YouTube's borders, and vtubers star in big business ads, and even campaigns of the National Tourism Board. And that is why it has been there where they have arisen the big agencies that lead this booming business: Hololive, Vshojo, Nijisanji...

Hololive, the industry leader, has signed contracts with more than 30 female Japanese vtubing stars (in fact, Manages 16 of the 20 most popular channels), and has launched a parallel initiative for male vtubers: Holostar.

It is the subsidiary of a company, Cover Corp., originally focused on virtual and augmented reality, and which decided apply its face capture technology to the creation of virtual avatars and found an agency that brings together its main users: the vtubers. 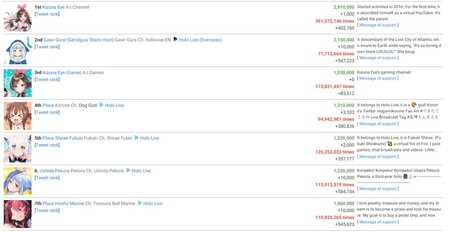 The numbers of YouTube subscribers (in green) and views (in red) of the most popular vtubers. Via virtual-youtuber.userlocal.jp.

In January 2021, channels linked to Hololive had more than 30 million subscribers on YouTube and another 10 million in Bilibili. Three months earlier, these channels had surpassed 1 billion monthly impressions.

But these agencies are starting to explicitly bet too by the English-speaking market to consolidate its internationalization. Thus, for example, two of the great stars of Hololive, Takanashi Kiara and Gawr Gura, also broadcast videos in English, which is significantly increasing their impact and virality:

Gawr gura, the 'shark girl', was featured a few months ago on Hololive English. Before uploading any videos, I already had 4000 subscribers. Now it already has more than two million:

Takanashi Kiara reached half a million subscribers at the end of last November, just 9 weeks after debuting as Vtuber. The next day, during a 'super chat' with his fans, managed to raise $ 10,000 in donations.

In fact, YouTube super chats are one of the main avenues of entry for vtubers: Kiryu Coco, another of the stars of the Hololive portfolio, has already exceeded the one million dollar mark in revenue through this route.