This is Super, the Facebook app that allows you to talk to famous people paying 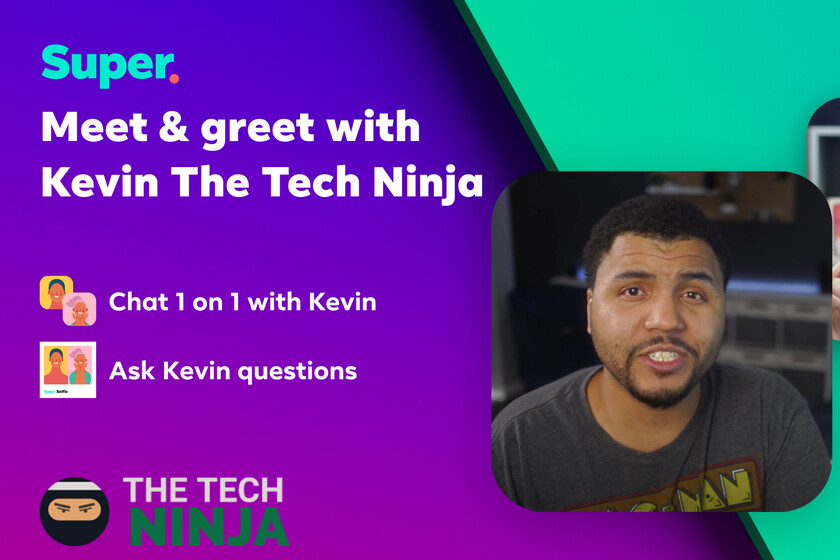 Facebook has presented the initial test of its response to the social network Cameo: Super, a space where users can pay famous people to interact with them. The tool had already been in development for a few months, but this week Facebook's new product experimentation team has launched a new live test of the application.

On the Super website they are shown different online events to come as with youtuber Kevin The Tech Ninja, Andru Edwards, editor-in-chief of the startup Gear Live or Robiiworld, musical artist.

It offers a list of upcoming streaming events live, which users can sign up to attend. By clicking on any event, you access a screen that indicates the countdown to the start time of the virtual meeting. Although the page indicates that it is "Super by NPE Team from Facebook", you must sign in with a Google account.

Choosing the level of "fanaticism"

Once inside the celebrity encounter, there are different levels of "fans". There are, at least for the moment, two options, those who support the famous (you can only send reactions) and who are VIP. This second option allows have a face-to-face chat conversation with the famous person and take selfies with that person. At the moment, both plans are free, but they will become paid.

As published by Social Media Today, at the moment, Super is only offering basic and brief examples of video interviews, hosted on YouTube, so it seems that this is mostly a demonstration of how the system will work. But with time, The idea will be that Super put very well-known people.

Facebook's attempts to take over the competition: now Cameo

In December, Bloomberg announced that Facebook was building a new video product to allow people to pay content creators or celebrities for the opportunity to interact with their followers during a live broadcast. "The tool, called Super, will allow creators, entrepreneurs or celebrities to organize live interactive video events. viewers will be able to tip by purchasing digital gifts, or pay to "appear" alongside a creator during the live broadcast to ask a question or take a selfie, "the media said.

This seems yet another proof of the social media giant standing up to the competition (He already did it with the Reels on Instagram against TikTok and a few weeks ago he announced plans to create his newsletters to face the Revue of Twitter). In Super's case, his target is Cameo. This platform went from offering a service that allows you to pay a celebrity to record a personalized short video to also offer video calls with celebrities via Zoom with a varied price list.

Obviously, video calls with a celebrity via Zoom are more expensive than a pre-recorded message. They last 10 minutes, and prices can range from $ 1,000 (in the case of Tony Hawk, in the month of July 2020) to $ 15,000 that Jeremy Piven (known for playing Ari Gold in 'Entourage ') also in summer of last year.