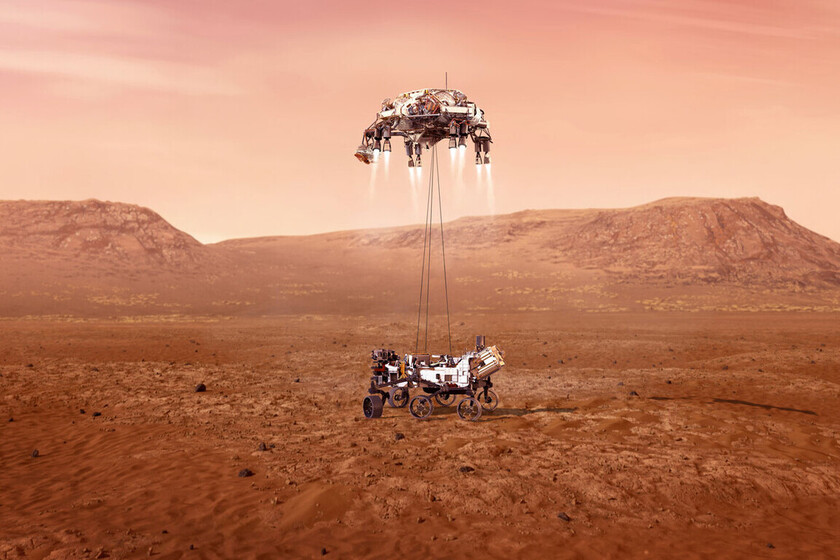 This Thursday we were able to live live how rover Perseverance it perched on the Martian surface. After having started its long journey on July 30 with its takeoff from Earth, the space exploration vehicle reached its destination and, shortly after landing, sent your first photo.

The snapshot, which we show you lines below, arrived on his Twitter account just 5 minutes after arrival on the red planet. A journey that images and other data make between Mars and Earth, between the rover and NASA centers, thanks to a complex system fundamentally formed by the Mars Relay Network and the Deep Space Network.

To enable Perseverance communications with Earth, NASA uses the Mars Relay Network made up of five orbiters, and its Deep Space Network with centers in California, Australia and Madrid.

Orbiters are the key 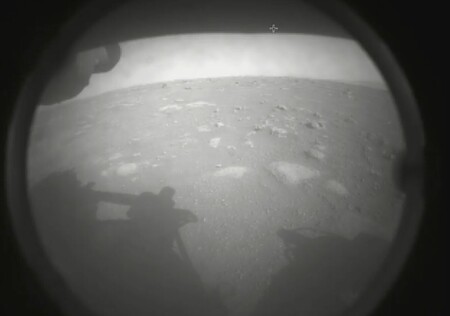 Photograph of Mars taken by the Perseverance rover. / NASA

An orbiter is a spacecraft orbiting a planet or satellite without ever landing on it. His job is another: to study it directly or indirectly at that distance.

In the case of the Mars 2020 mission of NASA's Mars Exploration Program, support first comes from the Mars Relay Network. This network is made up of the three orbiters of the US space agency, Mars Reconnaissance Orbiter, Mars Odyssey and MAVEN; and two from ESA, the European Space Agency, ExoMars Trace Gas Orbiter and Mars Express.

This network that is possible thanks to the collaboration between both agencies is what will allow the rover to communicate. When the orbiters fly over the planet, these artifacts will be able to speak for exchange information. It must also be borne in mind that according to NASA, the volume of data that Perseverance will generate is enormous: more than those generated / generated by the Curiosity rover and the InSight lander together.

During the landing, the rover transmitted data via the Mars Reconnaissance Orbiter and MAVEN, in near real time. Both orbiters and the rest of those that are part of the Mars Relay Network will continue to receive at least twice a day, typically four to six times, vehicle information such as data and images like the ones we were able to enjoy yesterday.

A part of all this amount of information, explains NASA, will come through the Deep Space Network of which the Madrid Deep Space Communications Complex is part, which has recently launched a new antenna, and two other similar centers located in California and Australia. This network is what allows, thanks to its large communications satellite dishes, establish communication links between planetary exploration spacecraft and their responsible teams on our planet.

Once in the hands of NASA, the community manager from Perseverance all that remains is to enter Twitter and post the images that have delighted us in the last hours. Mars, black and white, but a little closer.