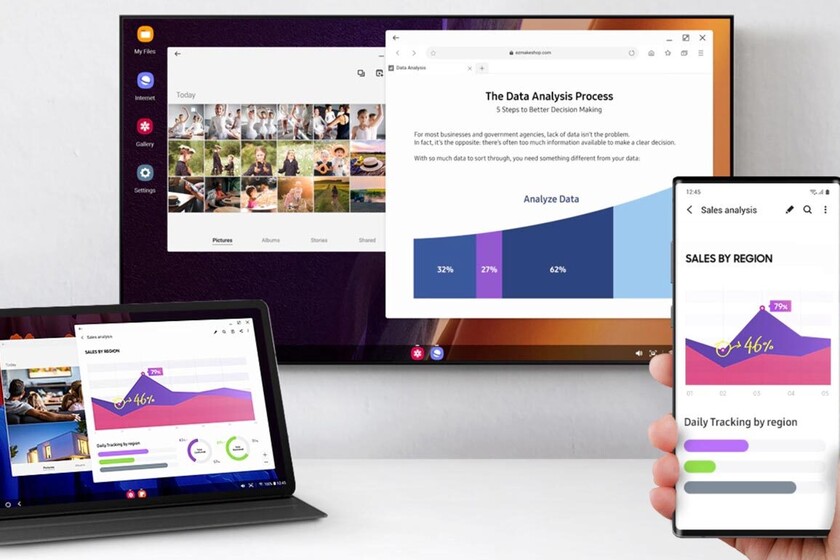 One of the best productivity tools included in some Samsung Galaxy receives an improvement that makes it even easier to use: Samsung DeX can now be used without any cable on Windows computers. As with televisions, Samsung DeX wireless brings an entire desktop Android to the PC monitor. Of course, at the moment only in the Samsung Galaxy S21.

Google introduced in Android 10 the option to convert the mobile system into a desktop one, but this option has not finished curdling because it is still in testing. Of course, there are brands that have been offering this possibility for a long time, such as Samsung or Huawei. First on external displays with a special device, then on other monitors and without the need for cables. But one more interconnection was missing: between the PC and a Samsung Galaxy wirelessly. It already arrived.


Android apps on the computer and with an adapted interface 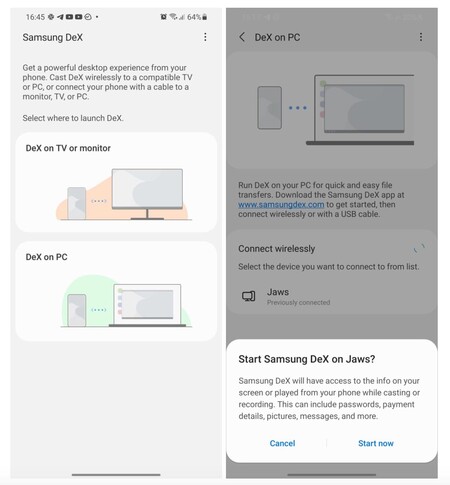 Option to Samsung DeX wireless in Windows for the Galaxy S21. Screenshots of Android Police

Wireless mode for Samsung DeX and PC is already included in the new Samsung Galaxy S21, the first devices with Android 11 and One UI 3.1 as standard. It is precisely in these models where Samsung has decided to release the functionality, so, at least for now, there is no other way to test it. Other owners of a compatible Samsung Galaxy can use DeX on the PC (or macOS) connecting both devices with a USB cable.

The novelty was discovered by Android Police and is currently limited to the aforementioned models. The S21s offer the option directly through their DeX menu: can be connected to televisions and computers both with and without cable. Of course, to use DeX on the PC you need its respective client; which can be downloaded from the Samsung website.

We weren't able to test wireless DeX on the PC, but we did get to use that same desktop Android wirelessly on a wireless display. In our experience, the desktop usage provided by the Samsung Galaxy S21 is very powerful, also much more productive. And with the enormous advantage of run Android games and apps on a bigger screen to take advantage of other peripherals, such as the mouse and keyboard. 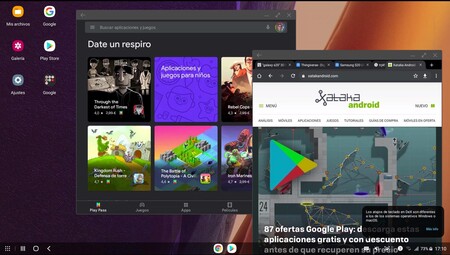 As broadcast by Android Police, Samsung DeX wireless on PC is less fluid and stable than using USB cable; and better than using wireless desktop mode on a compatible TV. Hopefully with the next updates Samsung will bring wireless DeX to Windows beyond the Samsung Galaxy S21. We will have to wait.