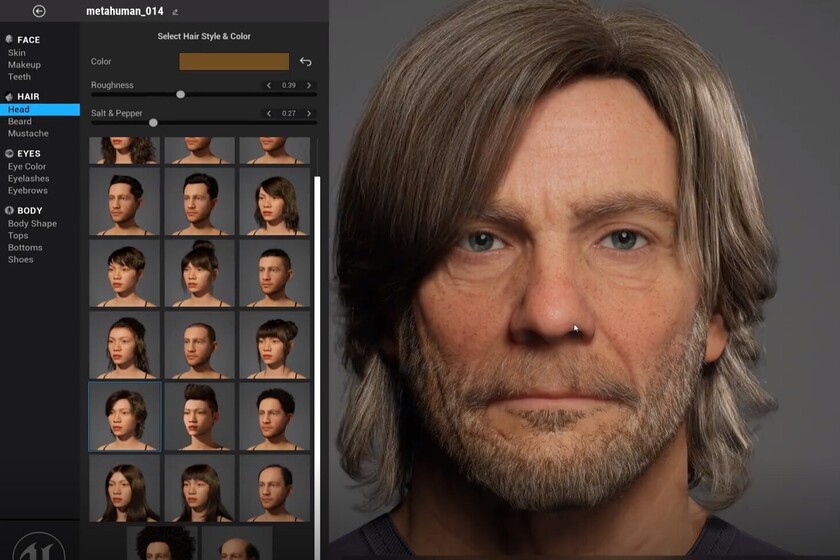 Epic Games, the developer of the Unreal Engine, has announced the launch of a new software tool (cloud-based and accessible via a web browser) intended for the creation of 'photorealistic' avatars.

But what is exceptional MetaHuman CreatorWell, that's the name of this tool, it promises to generate these avatars reducing your creation time from the current "weeks or months" to "less than an hour", without compromising quality.

Long teeth before the (little) that Epic has shown

These avatars will be manipulated in real time from MetaHuman Creator, which will be able to work in conjunction with motion capture and animation techniques that are used today in the field of film and video games.

From Unreal Engine they claim to be working to offer support for animation tools such as ARKit, DI4D, Digital Domain, Dynamixyz, Faceware, etc. In addition, they ensure that it will be possible to download the models in Maya format.

In the words of Vladimir Mastilovic, Vice President of Human Digital Technology at Epic:

"Until now, one of the most arduous tasks in creating 3D content has been building truly compelling digital humans. Even the most experienced artists require significant amounts of time, effort and equipment, just for one character."

"After decades of R&D, and thanks to having companies like 3Lateral, Cubic Motion and Quixel within the Epic family, that barrier is being removed by the Unreal Engine.

The examples shown so far of MetaHuman Creator in operation They are surprising for the quality of the characters generated, although any final verdict will have to wait for this tool to be made available to third parties sometime throughout this year.

If you are a designer or developer interested in receiving updates on the launch of this tool, you can register on their website.