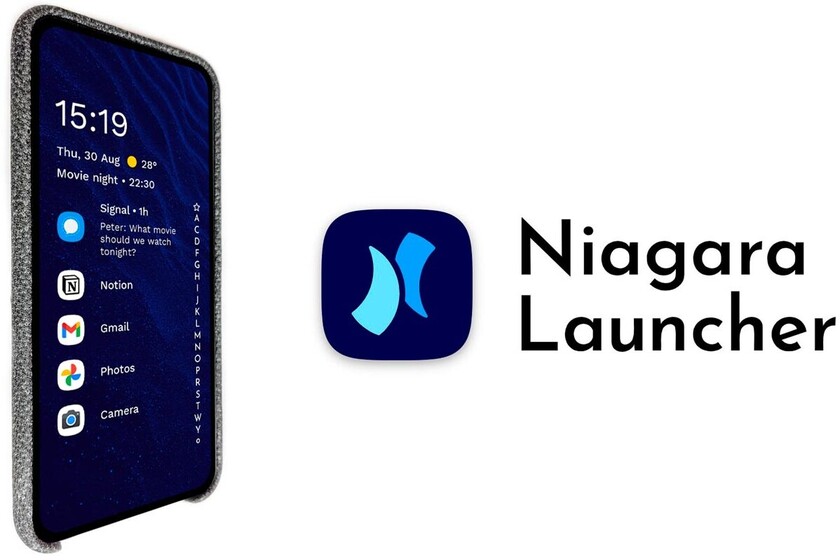 One of the most minimalist Android launchers in recent years receives an update that not only improves its functions, it also stabilizes it: Niagara Launcher is no longer beta. Simple interface, perfect for one-handed use and no unnecessary add-ons beyond what is essential to launch applications.

Choosing a different interface from the one that the manufacturer includes on the phone usually leads to options such as Nova Launcher and the like because they are the apps that offer the most customization options. In return they also increase the complication since configuring them to taste can be an odyssey; the opposite of what happens with minimalist launchers, like Niagara. A couple of years ago we installed it in tests and it left us very good feelings. Now the final and stable version is available. 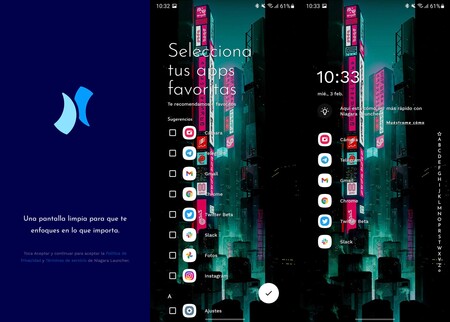 The name of 'Niagara' is taken by the appearance that the launcher takes when moving the alphabetical column: the interface curves like a waterfall to offer all the apps matching the letter. In this way it is easy to access an app that is not a favorite (up to eight applications can be docked at the beginning), whether it is from the right side of the screen or from the left area. Of course, gesture navigation makes it difficult to use the launcher.

Niagara Launcher kills desktops, restricts shortcuts to eight favorites, minimizes widgets (it does have options for calendar and time, both in the pro version) and presents notifications directly at startup: favorite applications can show the count of pending notifications. 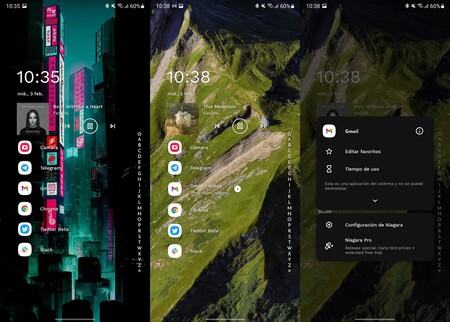 Despite extreme minimalism, this does not mean that Niagara Launcher is no longer customizable, quite the contrary: the interface supports icon packs, you can change the font, the type of shape for the shortcuts, the size of the elements and it also has a dark mode. It even allows you to vary the color of the texts to match the wallpaper, for example.

The application is free for basic use, no more is needed to enjoy it. And, as usual, it offers advanced features that are unlocked upon payment: as a subscription (3.99 euros per year with two months of trial) and full purchase (10.99 euros currently). Whether used for free or paid Niagara Launcher lacks ads. 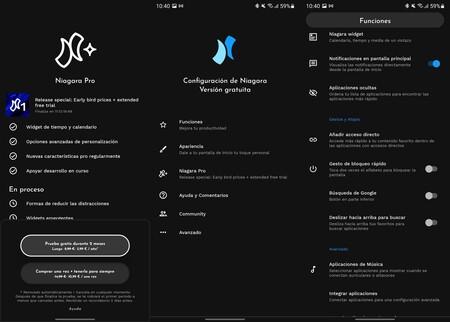 You can download Niagara Launcher in its final version from the following link to Google Play. You don't need to pay a penny to take advantage of the 100% minimalist experience offered by this neat interface. 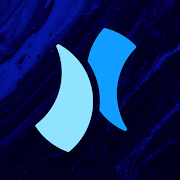