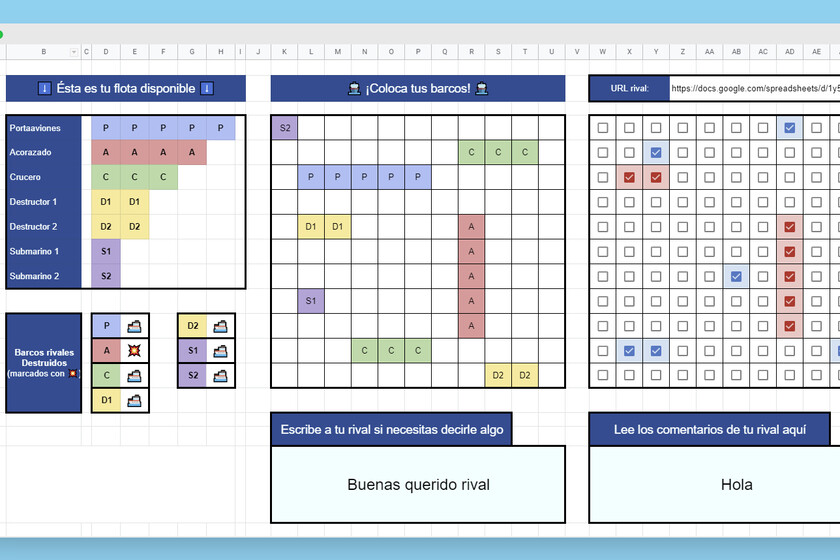 I've seen Excel sheets you would never believe, but there are also Google Sheets just as interesting and amazing. This is the case of the sheet created by the teacher Carlos Ortega for play 'Sink the Fleet'.

Carlos has published the game / sheet on his Twitter account, explaining step by step how to use Google Sheets to play destroy boats with a friend online, with everything and built-in chat. While he has not explained the formulas behind its creation, he has left the template for us to copy and play on our own.

Ortega has also left detailed instructions, both on Twitter and within the same Google spreadsheet. The most important is make two copies of the template in question that you can get from this link.

Yesterday afternoon I made my Sheet craziest yet.

I'm not going to fool you. I did not want to look if it already existed and then I saw that there is one, but it is another roll.

🚢 SINK THE FLEET IN GOOGLE SHEETS * 🚢

* With online features and built-in chat.

The sheet has two tabs, one with instructions and one called "Game" which is where you are going to play. Each player needs their own copy of the spreadsheet, and you must link these two documents by putting the URL of the other in the box that says rival URL within the game tab.

You must bear in mind that it will be necessary to give access permissions to the document, and Carlos warns that since both players have editing permissions, then something breaks on the way ... 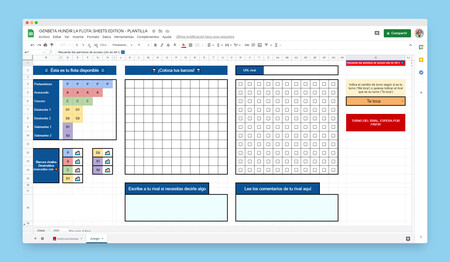 On the game sheet there is a legend on the left with the seven classic ships from the "naval battle", each with their different lengths as in the original game. The boats are identified by boxes of different colors with a letter in the center.

To put a boat you just have to write the corresponding letter in the box next to it. Colors are set automatically. The box to the right is where you "shoot" your opponent's ships, and you do this by simply clicking on the box. If it turns blue it is water and if it turns red you have hit it. 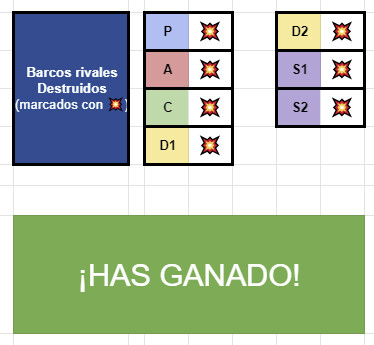 When you destroy a ship you will see it marked with the emoji 💥, and to manage the shifts you can use the drop-down menu that says "My turn", or the chat that has been placed at the bottom.

The game in general is very well done and is a fantastic example of the things that can be done with time and creativity, and obviously a great mastery of the tool.