We face two of the best Samsung mid-range, which one gives you more for what you pay?

Samsung's mid-range is one of the most crowded on the Android landscape. The Galaxy A and Galaxy M series offer us a great variety of devices, so many that, at times, they can be confusing. Not sure which Samsung to buy? The following lines may help you.

This time we will compare two of the best mid-range of the Korean manufacturer. The Samsung Galaxy A71 and the Samsung Galaxy A51 They are quite similar devices, but they have fundamental differences. Which of them is the best buy? We review each and every one of its characteristics. Is it worth going for the most expensive Samsung?

Design and display: in the style of the S20

The Samsung Galaxy A71 arrives with a screen 6.7-inch Super AMOLED, Full HD + resolution and a front in which you will hardly find frames. The only thing that interrupts the continuity of your honeycomb is the small hole where your front camera is housed.

The Samsung Galaxy A51, on the other hand, incorporates a 6.5-inch AMOLED panel and Full HD + resolution which occupies the vast majority of the front. In the upper part, centered, a hole that houses the front camera. You will forget about it as soon as you start using it on a day-to-day basis.

In both cases we find a similar design. They share some of the details of their design with the Galaxy S20. Its rear - which is made of plastic - has rounded edges and a very attractive design. In addition to having some geometric details, they reflect light.

Cameras: 4 rear sensors for the Galaxy

On the back of the Samsung Galaxy A71 we find a total of 4 cameras led by a sensor 64 megapixels. He is accompanied by a wide angle 12 megapixel, a macro sensor 5 megapixel and a sensor for the bokeh effect. Your front camera has the sensor Samsung S5KGD1, 32 megapixels.

The Galaxy A51 arrives with a main sensor signed by Samsung, specifically the S5KGM2 from 48 megapixels and focal length 2.0. He is accompanied by a wide angle 12 megapixel, a depth sensor 5 megapixels and a macro sensor, again with 5 megapixels. In the little hole on its front, the same 32 megapixel sensor than his older brother.

Despite being made of plastic, the Samsung Galaxy A51 has a nice design.

Autonomy is another of the virtues of the new Korean mid-range. Its battery enjoys a capacity of 4,000 mAh and fast charging of up to 15W.

Processor and memory: Qualcomm vs Exynos

Inside the A71, the Snapdragon 730 manufactured by Qualcomm, an 8-core chip that runs at a maximum speed of 2.2 GHz. It is a good, solvent processor that will move both the games and the applications you use every day without problems. In addition, it comes with versions of 6 GB and 8 GB of RAM memory.

The brain of the Galaxy A51 is the Exynos 9611, manufactured by Samsung itself. It is the same chip that its predecessor incorporated, an octa-core with a 10-nanometer structure. It is brought to life by four Cortex A73 cores that reach 2.3 GHz and another four Cortex A53 cores that reach up to 1.7 GHz. Its GPU is the Mali-G72 MP3. It is accompanied by versions of 4 GB, 6 GB and 8 GB of RAM memory.

The two Samsung terminals share a practically identical connectivity section. We met with Dual SIM, Wi-Fi Direct, 4G and the rest of the basic features. They also incorporate bluetooth 5.0, It could not be otherwise.

We do not forget the NFC connectivity, which allows you to pay in all types of establishments together with applications such as Google Pay and transfer files easily and quickly. Nothing to reproach either of the two in this section. 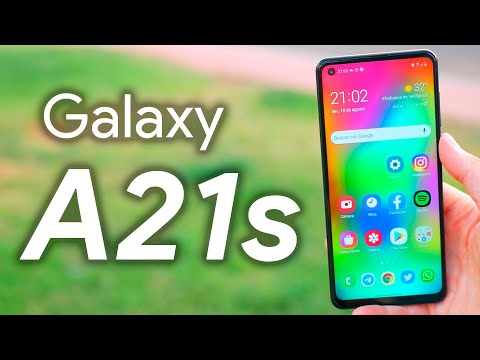 Taking into account the difference in price, remarkable, and the differences in its specifications, perhaps not so much, the Samsung Galaxy A51 may offer a little more value for your money. In any case, the Samsung Galaxy A71 is still a good smartphone that will have a little more raw power on a day-to-day basis. If performance is a fundamental characteristic for you, the biggest of the Galaxy A is your purchase.