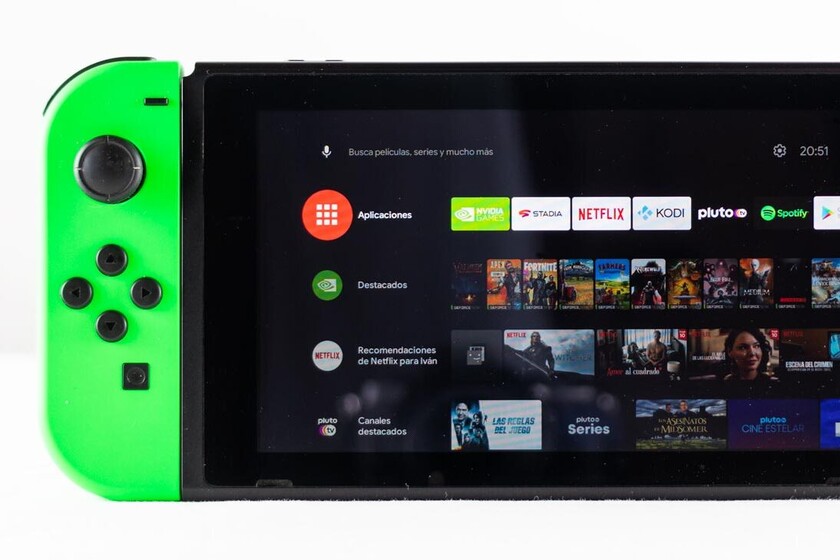 Android TV has unofficially arrived on the Nintendo Switch to offer a different way to access a large amount of content, both in portable console mode and with the Switch anchored to your television dock. Do you want to know if it is worth it? We have tested SwitchRoot on its Android 10 TV version.

With the latest version of Android 10 for the Nintendo Switch, the developers adapted the interface to take advantage of the development of LineageOS for Nvidia Shield TV. The result is an adaptation of the system to the Nintendo console that not only expands the capabilities of the Shield, but also allows its use perfectly adapted to television. Android apps, games, streaming... both in portable console mode and in the dock. And we have tested it. 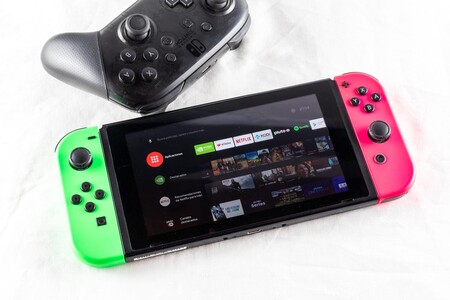 The community has expanded the already enormous possibilities of the console almost to infinity. And, thanks to its multipurpose architecture, the Nintendo Switch has undergone a multitude of developments. Linux, Android in tablet format and also with Android TV functionalities. It is just what the SwitchRoot team recently achieved after successfully adapting LineAgeOS in its Android 10 version.

The developers took the version of LineageOS for Nvidia Shield TV and, taking advantage of the fact that it shares the same SoC with the Nintendo Switch, they adapted the software to make it work much better than expected. It is a great job that, beyond curiosity, may not attract enough to justify 'flashing'. But, since you can't judge something if it hasn't been tested before, we used our Nintendo Switch as a test object to check the possibilities.

The process is not covered by Nintendo and involves a certain risk since, although Switch memory components are not overwrittenYes, a system 'exploit' is used to give access to the benefits of Android. Thanks to Hekate, and the aforementioned development of SwitchRoot, it is possible to enjoy Android 10 in tablet format or with a television interface on the portable console. Yes indeed, this must be vulnerable (before the 'Mariko' plates). 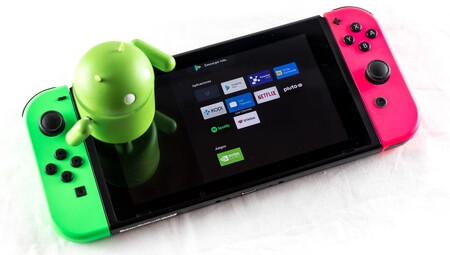 The process, along with all the necessary elements (with the exception of the dongle to put the console in RCM mode), is available in the official Switchroot thread on XDA Developers. We have chosen the option with LineageOS Android TV. The process to boot the system is somewhat complex, it must be followed meticulously and, apart from the logical risks of damaging the console, there is also the risk that it will not work if any of the steps are altered. Under our tests, Android TV performed well with a 64GB micro SD memory and 64-bit 'GApps tvmini' and Android 10. You have to be patient.

Cyberpunk 2077 on the Nintendo Switch? With Stadia it's possible

Cyberpunk 2077 on the Nintendo Switch thanks to Google Stadia

Having Android TV on the Nintendo console allows you to use the television interface to turn the big screen into a Smart TV. This implies that the Switch is instantly suitable for receiving applications such as Netflix, Spotify, Amazon Prime Video, HBO or Google Stadia, for example. SwitchRoot opens the door to streaming both with the console in the dock and in portable mode.

That the Nintendo Switch supports Android apps and games does not directly imply that the applications work instantly since, being an unofficial development, there are some hiccups with licenses and DRMS (like Widevine). Netflix does not allow the playback of content, for example; although it can be solved with Magisk. 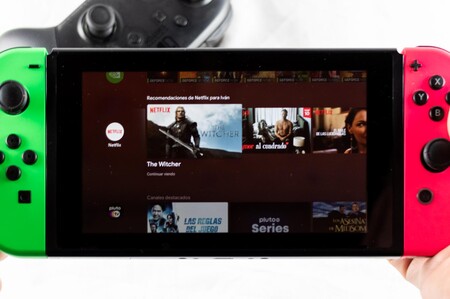 The console supports the control of the Android TV interface with the Switch controllers, allows to connect other controllers (such as the Nvidia Shield) and also works with the touch screen (although not in all apps and menus). The system loads the channels of the different installed apps, allows movement between all the cards using the remote controls, plays games (or streaming) offering functional support to the JoyCons and, in general, works really well considering the developmental difficulty. 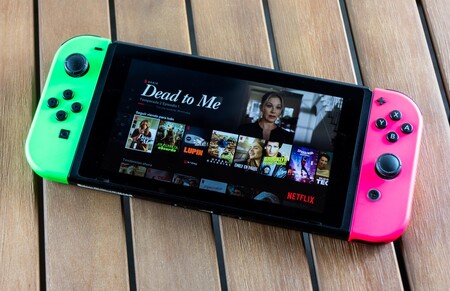 We have run into problems with stability, also with excessive consumption and some heating using the Nintendo Switch out of its dock. These drawbacks are logical given the difficulties of adapting an operating system such as Android TV to hardware not prepared for the task. What's more, SwitchRoot is in constant development. And the developers have already released their first OTA update (549MB) to fix much of the initial bugs.

A curiosity that can be more useful than it seems 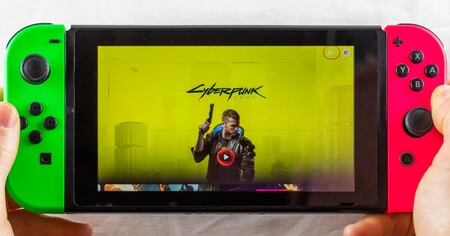 We cannot recommend the use of SwitchRoot on the console since, although the risk of damaging it is small (Android TV is loaded on the micro SD, not on the Switch), can always trigger problems that end up damaging the machine. In addition, for Android TV to work well enough it is essential to balance all the processes (when something goes wrong it can be desperate) and have a fast enough micro SD card. Otherwise the experience tends to be a disaster.

Android TV on the Nintendo Switch is a curiosity, yes, but it also opens the door to streaming games that surely will never officially reach the console

We were delighted that the Nintendo Switch became a fully functional Android TV when connected to the television with its dock: we have not noticed excessive differences compared to our own device with this system (shame about the 1080p resolution). Having access to Android apps and games is a noticeable improvement for the Switch. And what about the potential of Google Stadia, for example: who was going to say that the console was going to boot Cyberpunk 2077 undeterred? Controlling V on the Switch has been a pleasure.