PenPot, a 'Google Docs' of vector and interface design (and also open source) 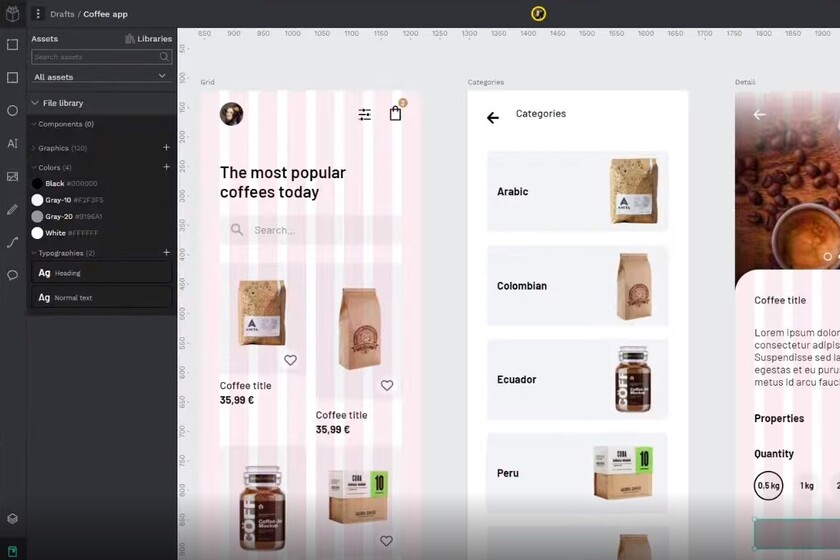 Ten days ago, the Spanish company Kaleidos presented to the world the 'alpha' version of PenPot (formerly known as UXBOX), a web tool that seeks to become the equivalent to Google Docs in the field of graphic design and prototyping and interfaces.

As a good open source project (under the Mozilla Public License), Penpot works with a standard vector image format such as SVG, which gives the work that we can do from it compatibility with a wide range of alternative tools.

An open source alternative in a field dominated by commercial tools

Obviously, when we compare it to Google Docs, we mean that also supports collaborative work, with real-time editing and comments.

But when it comes to compare PenPot with other toolsThere is another name that several users have already brought up: Figma, one of the reference tools in interface design. Both tools are quite similar, although PenPot does not support Figma's proprietary format (the * .fig).

According to the comments of Pablo Ruiz Múzquiz, CEO of Kaleidos, in Producthunt, We must not get carried away by the 'alpha' label Product: "Rest assured you can be productive with PenPot today."

Being an open source web tool, we will not only be able to use it for free by registering on the domain penpot.app, but it also provides us with the option of self-hosting, with which we can install an instance on a web server managed by us (as, for example, with Wordpress).

Also, during a question session on Reddit, its developers explained that while Penpot does not support an 'offline mode' nor do they have plans to incorporate it, your 'roadmap' does include a desktop version at some time not determined.

In short, another (promising) tool that adds to the growing catalog of open source alternatives to consolidated commercial tools.