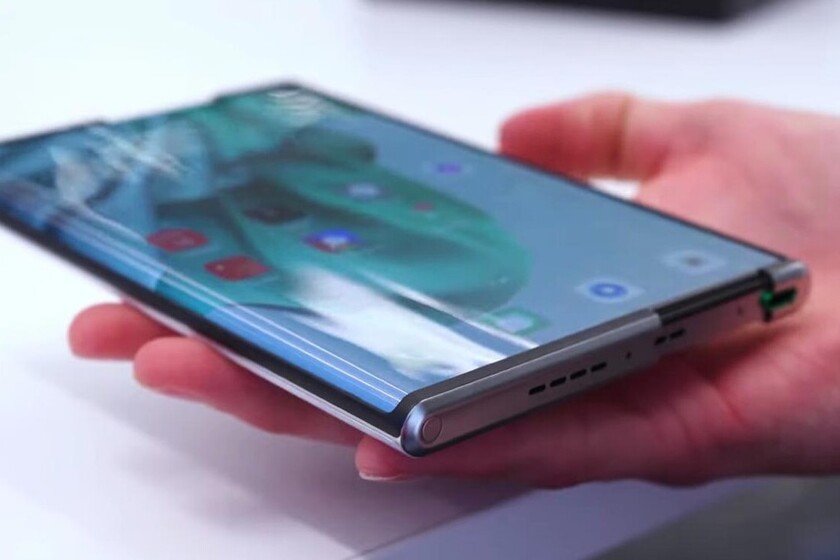 If a couple of months ago OPPO surprised us all by showing a folding phone in various positions, now the Chinese brand is back in the news for another quite curious mobile prototype. It is the OPPO X 2021, that concept that the company exhibited for the first time at an event held last November.

It was then that OPPO told us about a flexible and rollable OLED screen which could range from 6.7 to 7.4 inches. Now, finally, we have been able to see its mechanism in action thanks to some videos that have appeared on YouTube.

As if it were a scroll, this is how the screen of that supposed OPPO X 2021 that has appeared in different videos is retracted. And it is that both Brandon Le Proktor and Allround PC have published on YouTube a contact with this concept of phone that, literally, can roll up and unroll your screen.

As can be seen in the images, the OPPO X 2021 uses an internal retractable mechanism, composed of two motors and an anchoring system, which allows fold and unfold your flexible display. At first glance, it seems that this automatic extension is done in a similar way to the one TCL showed us last year and the one LG showed last January with its LG Rollable.

The objective of this OPPO concept, as in the current folding terminals, is to take advantage of the technology of flexible panels to maximize device usage. Ultimately, it is about combining the advantages of a mobile in terms of size with those of a tablet in terms of display surface.

In the videos, we can also see how the phone is rolled up on one of its edges so that, as OPPO told us, no wrinkles appear on the screen. In addition, the terminal presents an interface that adapts quickly to dimensions one way or the other. And all this in an aluminum body with triple rear camera.

As the Chinese brand already explained, the OPPO X 2021 is a conceptual terminal that made possible by 122 patents, 12 of which are related to your screen. Unfortunately, we still do not know the rest of the specifications that will accompany it or the details about its launch and possible price.