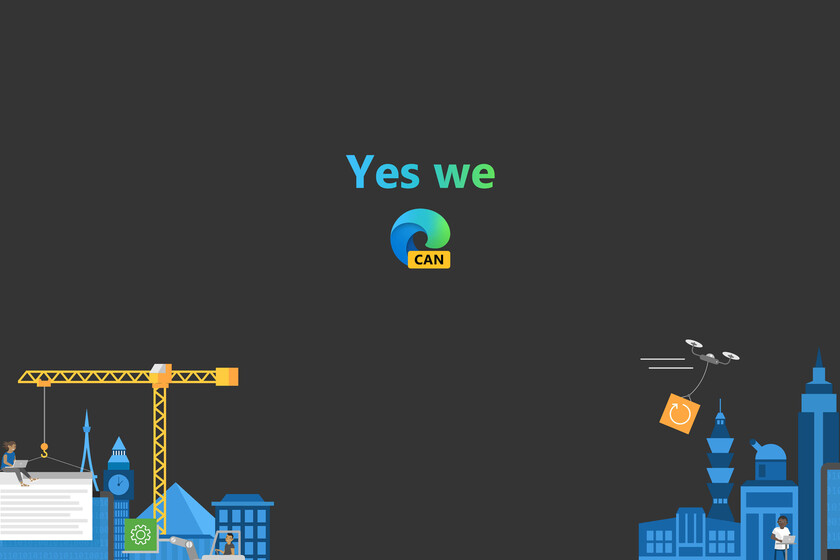 Windows 10 is installed on more than 1 billion computers, it is by far the most used desktop operating system in the world, and thanks to it Microsoft is in a pretty advantageous position to promote the use of its own browser.

This is something that did not work with the first Edge, a browser with its virtues but with many shortcomings that ended up burying it. With the new Chromium-based Edge the story is different, and if you use Windows 10, Microsoft has more than one strategy in place to push you to use it whether you realize it or not. 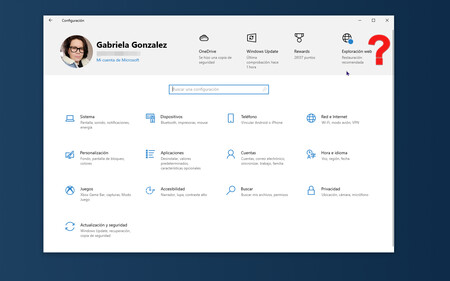 After the latest cumulative update of Windows 10, if you open the System Settings window, you will see that there is a new addition to the list of icons with notifications at the top of the panel.

Until recently, we only saw notifications about backups with OneDrive, the status of Windows Update (with security warnings), and also access to Microsoft Rewards points. Now there is a new icon called Web browsing.

If there are pending Windows updates, you will see a circle with the system accent color above the Windows Update icon as a warning, but also you will see a permanent circle next to the Web Browsing icon indicating that a restore is recommended. 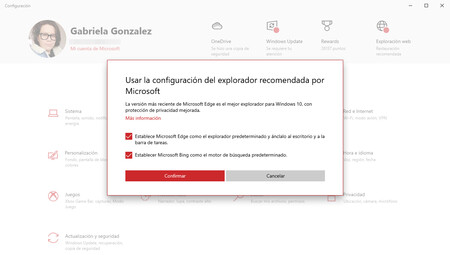 It's a weird way of presenting something that sounds like a Windows security or maintenance issue, when in reality it is just a sneaky way that Microsoft has pulled out of its sleeve to make you use Edge as a browser.

Clicking on that icon will present you with a new dialog to establish not only Microsoft Edge as the default browser, but to pin it to the desktop, your taskbar, and in the process set Bing as the default search engine.

Both boxes are checked by default and you only need to click on Confirm for them to take effect. And because of the form of the privacy warning and that it is the best browser for Windows 10, perhaps more than one person will accept it without looking much further, and with the similarity between Edge and Chrome, some probably won't even notice it.

The most absurd thing about this is that in my particular case I already use Edge as my default browser, it is already anchored to my taskbar, and I already use Bing as a search engine (those Rewards points are not earned alone), and despite this , I keep seeing the indicator in my Settings panel.

Clicking on that icon doesn't change anything for me, but it does change a couple of extremely important things for other users, and the way the option is presented leaves me with a bad taste in my mouth even me, who use the products they are recommending on my own because they seem good to me.

It is not the first time that something like this has happened with Windows 10, in the case of Edge, Microsoft already recommends it in several places, such as the start menu, the taskbar and the notification area. Soon Edge Legacy will be automatically deleted, and meanwhile the new Edge has already passed 600 million users.