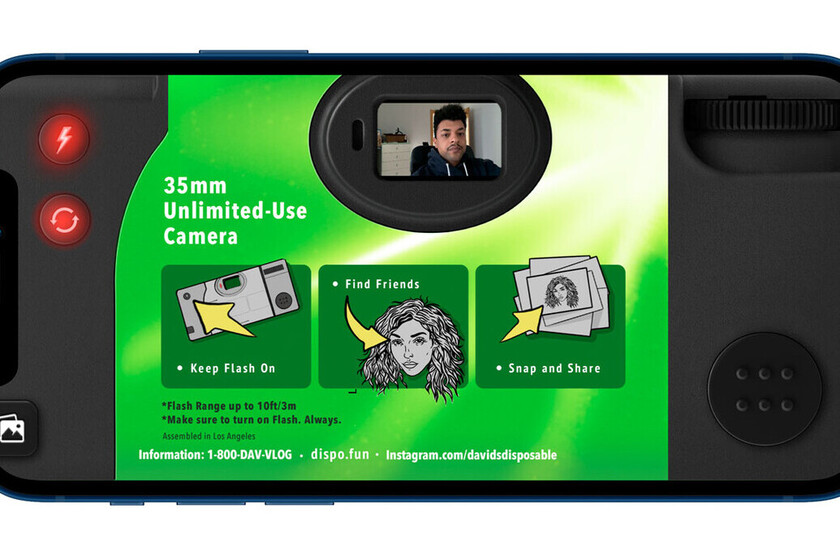 People can "live in the moment" instead of wasting time looking at the photos they just took. This is one of the ideas with which the Dispo application sells the way it displays photos: it is a app to share and view photos which takes the user back to times when the images were not instantaneous and you had to wait to develop them to see them.

With this tool, a user takes a photo and cannot see it until the next day at 9 in the morning, when it will come with a retro-looking filter. It's having a hit with Gen Z and that's getting investors' attention.

Dispo was created by David Dobrik, a well-known youtuber born in Slovakia. In addition to taking a photo and receiving it the next morning, Dispo also has a social element, in which users can share the rolls from your camera (digital, of course).

One of its great attractions is that it works by invitation. Publish The Information that the app, which has achieved 3 million downloads since its launch, received a new boost last weekend by making an updated version available of users who were able to access the beta through invitations. In Japan it went viral and reached the 10,000-person limit imposed by TestFlight, a service that tests early-stage applications.

Quick note for the friends on our TestFlight, you'll be able to migrate your old photos from Dispo V1 once we are live in the AppStore. See ya soon.

The original version of the application, which only allows taking photos, is still available on the App Store. And Dispo spokespersons have already said more social features are coming soon.

Large investors are looking to Dispo 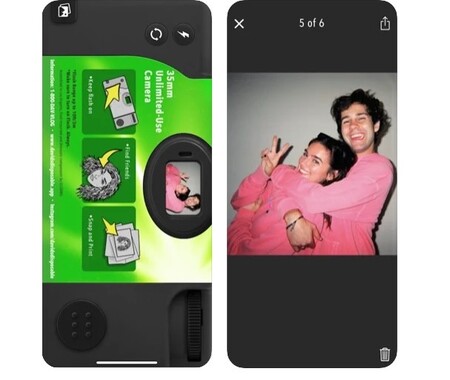 For The Information, the first rumors about Dispo 2.0 are similar to those surrounding Clubhouse, which in recent months has experienced great growth. Investors seem to be very interested now in bet on new social networks that come to break the scene that currently exists after seeing the success of Blubhouse. Dispo only has six employees at the moment.

Large investors such as Sequoia Capita, Andreesen Horowitz or Benchmark have shown their interest in this new application that goes on to compete with Instagram and Snapchat with a new attractive model for the younger generation. According to sources close to the company, financing close to 100 million has already been offered of dollars.