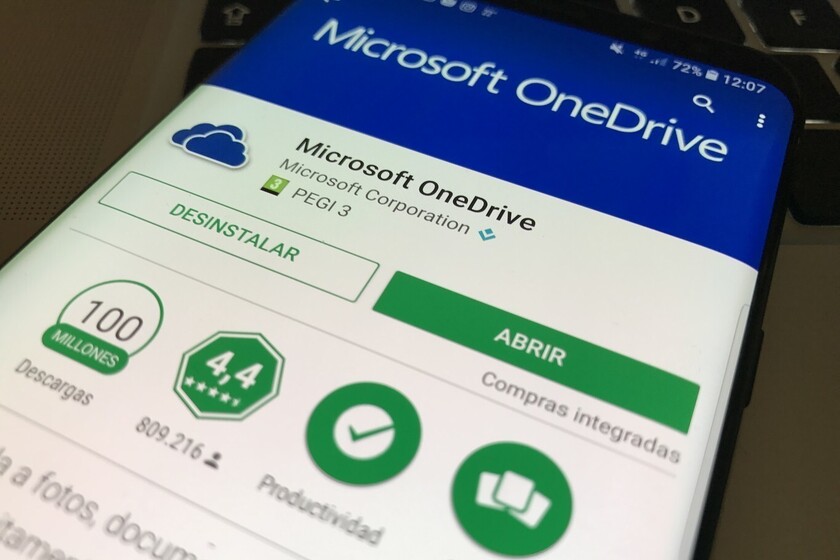 OneDrive is Microsoft's cloud storage solution to compete with established options such as Dropbox or Google's platforms with Drive or Apple with iCloud. And as with these, OneDrive is a multiplatform client, accessible on Android, operating system on which it was just updated.

With the aim of improving its usability, the application have seen a revamped interface arrive on the home page and with more possibilities such as support for video in 8K resolution or with the ability to play moving images from Samsung devices and even with the option of sharing them from the web application. 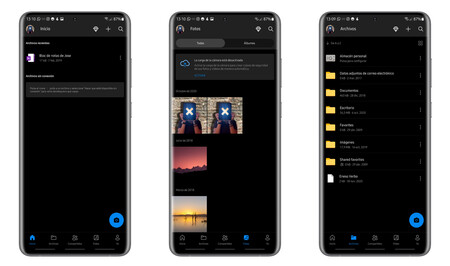 And starting from the foundations, the first thing that catches your eye is a renewed home screen in which now appear three accesses- Recently accessed files, files downloaded for offline use, and "On this day" photos.

This section appears in personal OneDrive accounts and it replaces the previous startup screen that showed a root view of your files (this section now appears with the "Files" charm at the bottom of the screen.

In the case of using a OneDrive account for work or school, the difference is that instead of the "Memories" section at the top, shared libraries appear with the aim of facilitating teamwork.

Other changes is that now in OneDrive you can play videos in 8K resolution within the application, which avoids having to download the file locally to see it in all its quality.

Also, OneDrive on personal accounts (not business or school) is now compatible with SamsungMotion Photos (photos with movement), so as in the previous case, it will not be necessary to download files locally. In addition, the web version of OneDrive also allows you to share Samsung Motion Photos with other people if you use a Samsung phone.

All these changes come with OneDrive for Android in version 6.23 that can now be downloaded from the Google Play Store.