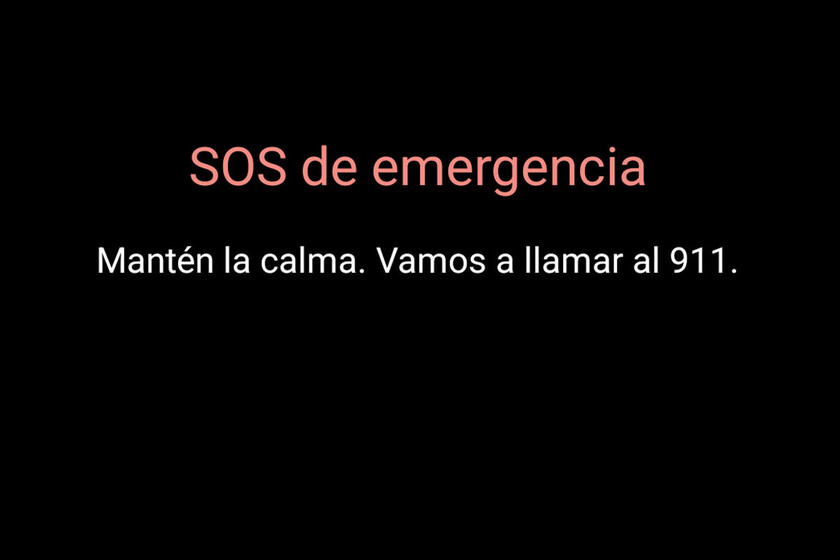 Android mobiles have had the option to add emergency information for many years, although, as usual, each manufacturer does it a bit in their own way. The first Android 12 Developer Preview at least unifies the way to invoke the emergency call to how it works in many layers: with five quick taps on the power button.

The best of all is that the function is activated at the factory, in addition to being able to configure in its options which phone number you want the mobile to call automatically. It is a much faster way to activate the emergency call than in previous versions of pure Android.


In an emergency, hit the button

In Android 12, Google gets on the bandwagon of opening emergency mode by repeatedly pressing the power button. This is how it works on the layers of Samsung, Huawei, Xiaomi and others, but on pure Android the process was a bit longer.

In recent versions of Android, a shortcut for emergency mode is included in the shutdown menu, but go as far as the call to emergency services requires several steps: a long press on the power button, tap on Emergency, tap on the call button and then tap again to now call.

In Android 12, you can skip all the intermediate steps by pressing the power button like crazy. When you press five consecutive times, emergency mode automatically opens. There is a five second countdown to cancel and in case you don't, automatically call emergency services, without the need for you to intervene. 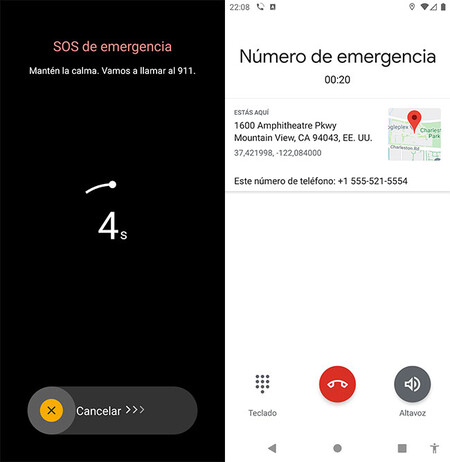 The option can be extremely useful when in an emergency situation you do not have the ability to navigate between different menus and submenus, although it is possible to activate it by mistake on some occasions. It is activated from the factory, at least in the first Developer Preview, although can be disabled from the options. 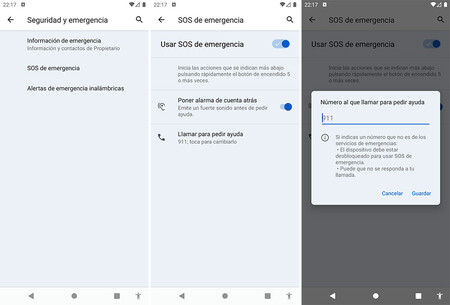 In these same options, in the Android settings menu, you have the option to include or not the countdown alarm (a loud sound that sounds before calling emergency services) as the phone number to be called. You can choose any number, but the system will need you to unlock the mobile if it is not an emergency number recognized by the phone.