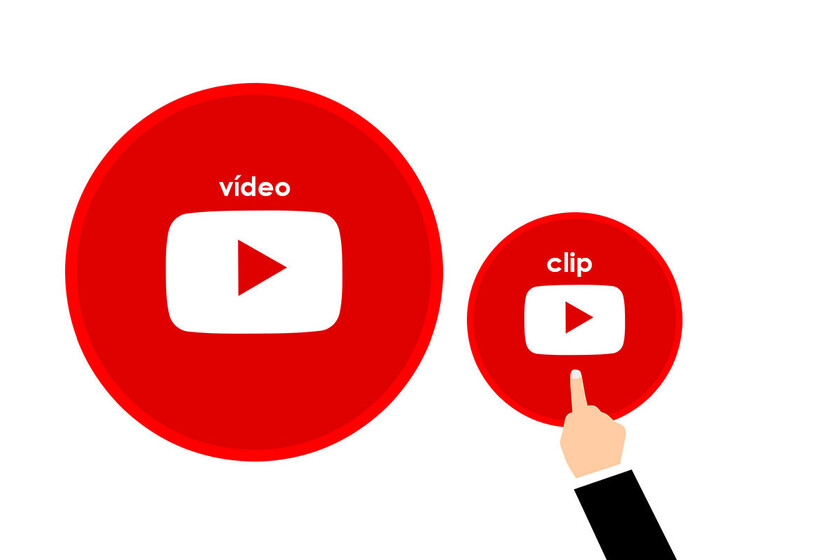 Unlike point-in-time links, YouTube Clips are snippets of a video that loop and stay in your library. Once you create a clip, you can share it with other people, who will see that it is a fragment of another video, being able to see the entire original video easily.


A bit of a video

The next time you watch a 40-hour compilation video on YouTube with the funniest kitten videos and you need to show your cousin one of his videos, forget about sending him the entire video: you can use the clips instead from YouTube to generate a video clip, easier to share.

YouTube clips work in a similar way to links to specific moments in a video but, unlike these, they keep themselves on YouTube with their own address. While point-in-time links sometimes work and sometimes don't, YouTube Clips is a new format that should work seamlessly in official YouTube apps.

The "bad" news is that support for creating video clips seems limited to some videos at the moment, so the icon will only appear on videos from creators who have it enabled, such as Creator Insider. To start creating a clip, tap Clip, a new button that appears in the button bar in the videos that have it active. 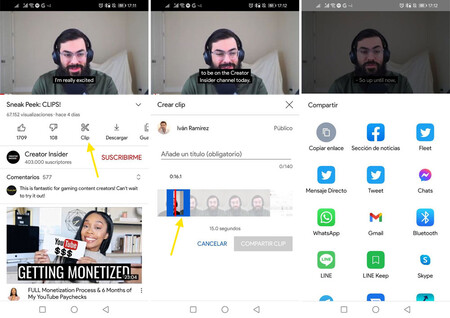 Next, it's time to configure your clip, including a required title. This title appears signed by your account when you share the clip and is something like the equivalent of retweeting by appointment on Twitter.

The second thing you should choose is the point where the clip begins and ends. On Android you can't write the exact second (on the web, yes), so you'll have to use the sliders to select the fragment. By default, 15 seconds are selected, although you can modify the duration to your liking.

Then it's time to share your clip with other people, using any application that supports sending text, since what is sent is the web link for the clip you just created and not the video itself. 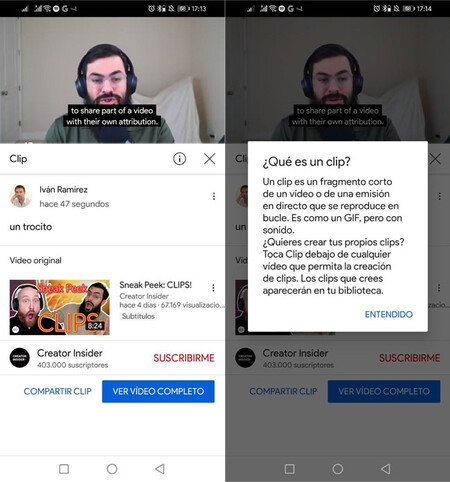 From that link, the clip you have created opens, starting right where you marked as the beginning and until the end, and then looped. It includes your title at the top and the original video at the bottom, as well as two buttons to share the clip or watch the full video.