How to send apps to a nearby mobile without an Internet connection, with Google Play 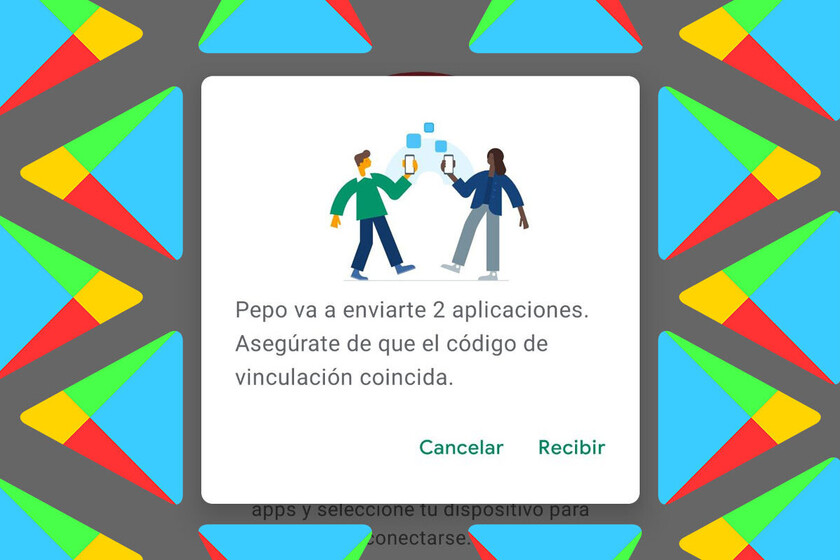 On Android, there are many ways to install applications, although the main one is still going to Google Play and downloading them. In the Google store itself there is now a new way to download apps: have a friend send them to you with Share with Nearby, without using the Internet connection.

Some apps can take up a lot of space, but if your data plan is just a little bit data-heavy, a friend can give you a cable. Or better yet, without cable: with the new system for send and receive apps through Google Play.


How to send an app to a friend with Google Play

To send an application to a friend, wirelessly and without using the internet connection, you should have a little choreography with the other person in a process similar to sending anything else with Share with Nearby.

We start with the person who is going to send the application, although the first steps are the same for both. You must open Google Play, open the menu ☰ and enter My apps and games. If you have a recent version of Google Play, a new tab will appear with the name Share. The first time you do it, you will see an information window. Accept it and then press Send. 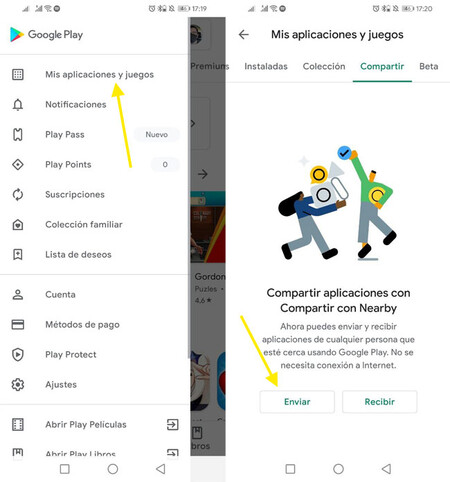 Then you will need to give Google Play permission to access the location -necessary to use Nearby Share and find nearby devices - for later select the apps you want to send. You can select several at once. When you have them, press the submit button at the top. 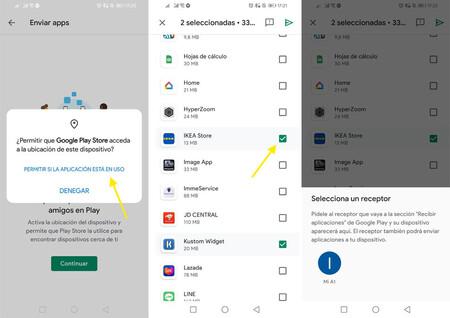 At this point, it is the other person's turn, that is, to who will receive the application on the mobile. This person should also open Google Play, go to My apps and games and, in the Share tab, press To receive.

This will make the mobile visible to nearby devices, so that it appears in the list of mobiles to send applications to. In this window, the name of your mobile appears, and that will appear on the screen to whoever sends the applications. 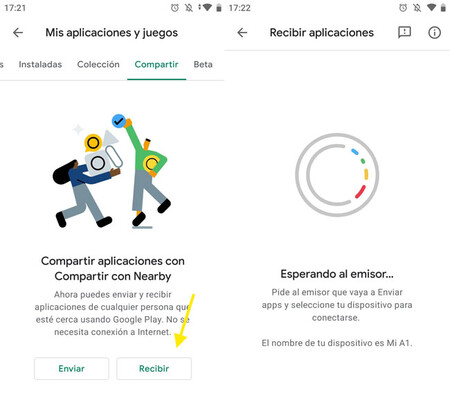 After choosing the recipient of the applications, a numeric code will be displayed on both mobiles. It is not necessary to enter this code anywhere, but it is used to verify that it is the same. That is, you are sending and receiving applications to the correct person and not to a stranger.

It is here that whoever is going to receive the applications can see how many applications are being sent and the name of the mobile they come from. If all the data are correct, you must press To receive, for the transaction to begin. 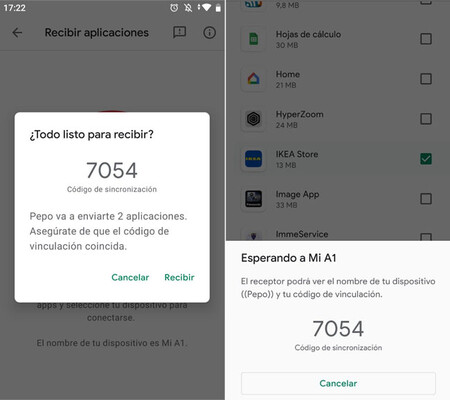 Both mobiles will then connect using Share with Nearby, which uses the transmission system it considers most appropriate (Bluetooth, Wi-Fi, NFC ...) and they will begin to send applications. As you can see in the following screenshot, some applications cannot be sent if they are not compatible with the other mobile.

The applications are sent automatically, although they are not installed. If you want to install them, you must do it manually by pressing Install or, if you have been sent several at the same time, pressing Install all. From here, the process is identical to when you download something from Google Play. 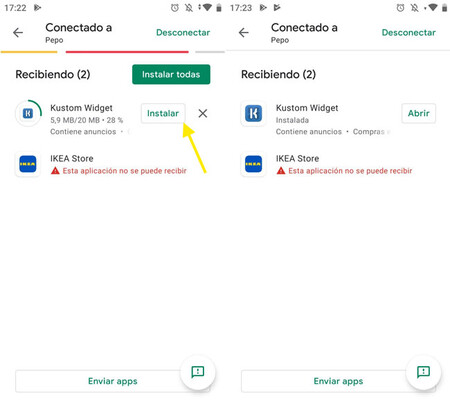 While mobiles are connected to share applications on Google Play, application delivery works in both directions. That is, the receiver can add apps to send to the other person and vice versa. When you're done, tap Disconnect.