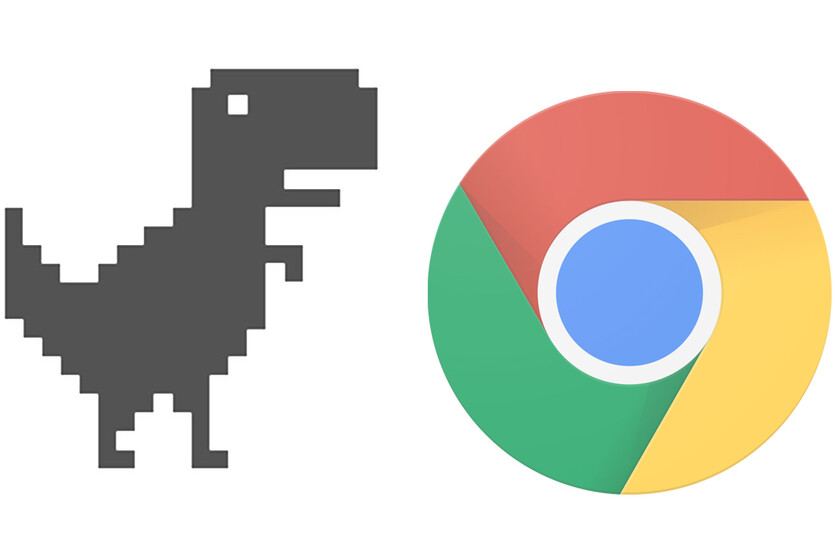 Years ago, more than five years ago, running out of internet while using Chrome is a minor drama. It hurts to stay offline, but in return we can play the dinosaur game for a few minutes, Chrome Dino Run it's called, that Google very cleverly implemented one day for those moments of distress.

But not only can one entertain himself with this Easter egg from the Mountain View when he suffers from cuts in the network: also play the Dinosaur game in Chrome even if we have a connection. We explain how. 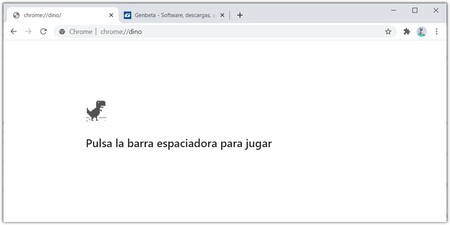 In 2018, when this game implemented in the browser turned four years old, it was played around 270 million times each month both from the desktop version of Chrome and from mobile. It's addictive and that's why it doesn't hurt to know that you don't have to disconnect from the internet to play it.

Run it in our Chrome installation is as simple as entering chrome://dino and access. Once in it, we will press the space bar and we can start playing as usual.

Chrome's Tyrannosaurus game can be played online and for as long as we want, although it has a time limit: its duration is 17 million years

We can play the games we want, of course, and go as far as possible although with a limit, because it is not infinite: 17 million years. Approximately the time that the species of dinosaur that stars in the game lived on our planet, the tyrannosaurus rex, better known as t-rex.

What about if He t-rex game it knows us little, we can play a version called Dino swords in which our dinosaur has more than twenty weapons to defend ourselves or even try to take it to real life to control it with our movements, although it is not easy. Microsoft Edge, by the way, also signed up to have a game just a year ago.