HarmonyOS is basically Android, according to ArsTechnica 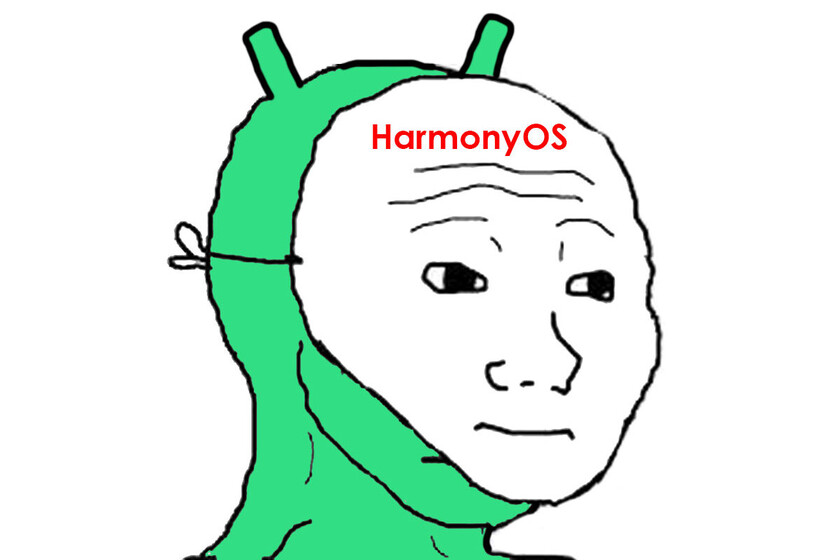 After debuting on televisions, routers and other devices, HarmonyOS was coming to mobile by the end of the year, for a handful of mobiles in China. A recent in-depth analysis by ArsTechnica has the same conclusion as the preliminary analysis within days of its presentation: which is basically Android AOSP.

After testing HarmonyOS in the official HarmonyOS IDE emulator, everything indicates that today, HarmonyOS is EMUI over AOSP after changing texts so that, every time Android was said, HarmonyOS was said.


Android inside and Android outside

That HarmonyOS is a fork of Android similar to what Amazon made for its Fire Phone would not attract much attention. Creating an operating system from scratch is a daunting task and, after all, the veto of the US government that Huawei is under indefinitely does not prevent you from using the AOSP code, open source. And so it has been doing so far in mobiles launched without Google services, such as the Huawei Mate 40 Pro.

Dissonance comes between what Huawei has said HarmonyOS is and what it appears to be in the end. Wang Chenglu, president of Huawei's consumer software division, stated last month that "HarmonyOS is not a copy of Android or iOS, but rather a panoramic operating system that is truly ready for the future age of IoT. According to ArsTechnica's analysis, it is not a copy of Android, but rather Android.

Outside, HarmonyOS is indistinguishable from EMUI running on AOSP with which the company is launching post-veto terminals, and we have exactly the same design. The only difference is that where it used to say "Android," now it says "HarmonyOS". 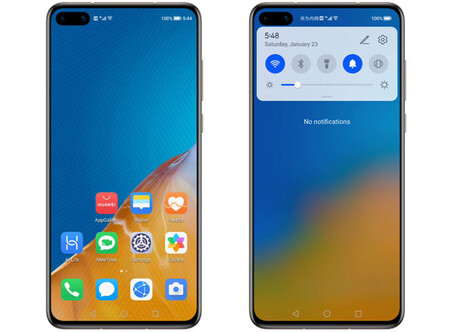 HarmonyOS is indistinguishable from EMUI running on Android. Image by ArsTechnica

Inside, the similarities continue. A quick look at the apps that come with HarmonyOS reveals familiar names like Android Services Library, Android Shared Library or com.android.systemui.overlay. These applications have version 10.0, thus indicating that they are the same as those included with Android 10. Some of the apps that have changed their name and no longer include "android", hold green robot icon. 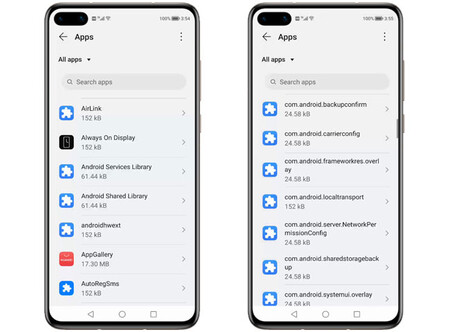 For a "totally different from Android" operating system, a good number of Android apps are included in the system. Image by ArsTechnica

If this is not proof enough, after downloading and installing a system information application from the App Gallery, the apps detect that the system is indeed Android 10 Q. This does not mean that it is a copy-paste of Android AOSP, but rather a version adapted for China of it, that is, not much different from any other Chinese ROM or EMUI itself: AOSP of background and own services above, to replace those of Google, which are not available there.

After hours of playing with HarmonyOS on the official emulator, ArsTechnica's conclusion is that "they have not been able to find any substantial difference with Android", beyond elements with other names. This analysis, by the way, fits the one XDA did a month ago. For now, HarmonyOS appears to be heavily based on AOSP, although it remains to be seen if this will change in the future or not, or if Huawei plans to change the definition of HarmonyOS.