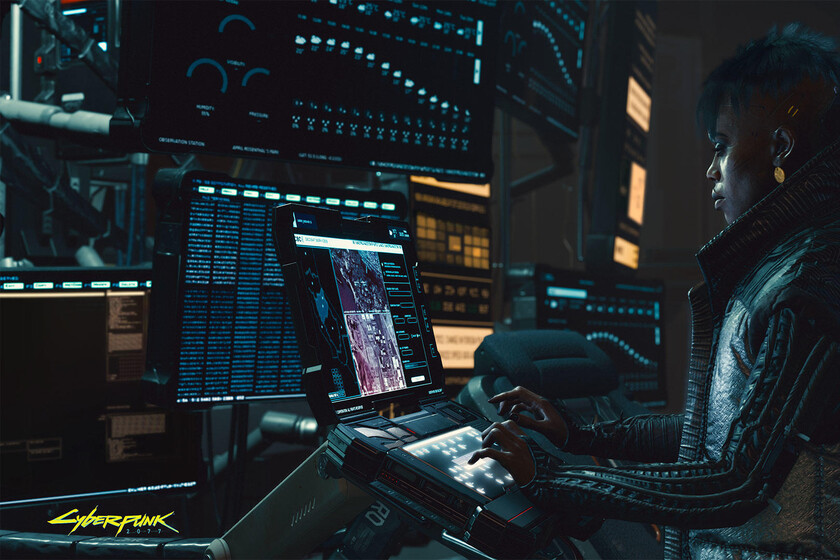 CD Projekt Red, the Polish studio behind 'The Witcher' video games, and more recently the controversial 'Cyberpunk 2077', has been having a very bad week. A couple of days ago they reported a cyber attack on their internal systems in which the source code of several of their games was stolen, and those responsible threatened to leak it if the company did not pay a ransom.

The company said that they would not negotiate with the attackers although this will lead to the publication of the stolen data, and that is exactly what has happened. Hackers first leaked the source code of 'GWENT' as if to show they were serious, and then they went on to auction the rest of the data for millions of dollars.

Sold on the condition that it is no longer resold or distributed?

The hackers responsible for the breach would have taken the source code for Cyberpunk 2077, The Witcher 3, Gwent and an unreleased version of The Witcher 3, and also with the suspicion that they may have accessed legal, administrative, human resources and accounting documents of the company.

Those responsible started an auction after the refusal of CDPR that started in a million dollars, offering immediate sale if someone offered seven million. Some screenshots of the leaked online data published by those responsible show hundreds of thousands of assets of the study among stolen packages. 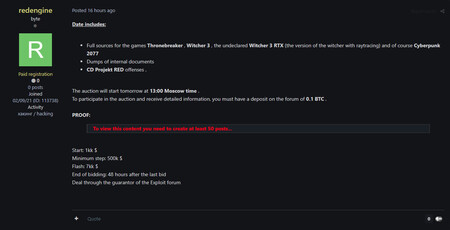 After just a couple of days, several sources have been able to confirm that the auction was closed, and that those responsible received a external offer "satisfactory" outside of the forum where it was originally auctioned, on the condition that the data is not resold or continued to be distributed ... whatever that means in such an illegitimate operation as this.

CD Projekt had already confirmed that they had backup copies of all stolen data, so they have not lost anything. Now the question is, what will the new owner of the stolen data do with that code?

The code could be used to compile unauthorized versions of the game and redistribute them, and these could also be used as malware vectors. Be that as it may, if the buyer wanted to use the source code for other future projects, it would be more than complicated without being persecuted by the authorities.