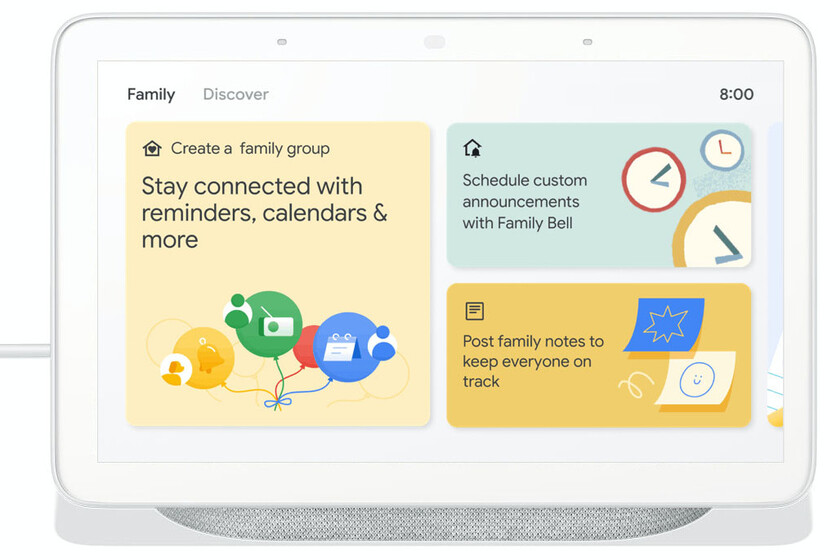 The google smart displays they have a new update available. After the redesign of a couple of months ago, the Nest Hubs receive more improvements and news.

It's about the version 1.52, an update that after a month of testing through its Advancement Program arrives today in a stable way to all Google Nest Hub Y Hub Max.

In this new update for the family of Google Nest Hub smart displays focuses mainly on renew alarms, in adding another service to make video calls and in adding the 'Family' tab. 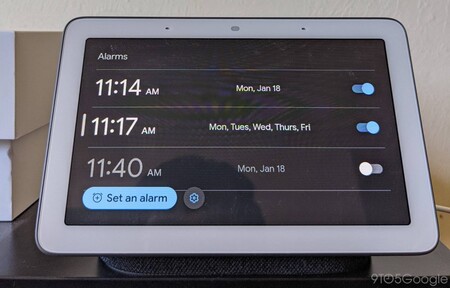 The alarms interface ditching the carousel layout to show now all alarms a list, as it is also shown on mobiles.

When creating an alarm, in addition to being able to configure the repetition, select one of its 20 alarm sounds classified by low, medium, strong or natural, now you can finally activate the dawn alarm clock or after turning off the alarm, activate your good morning routine. 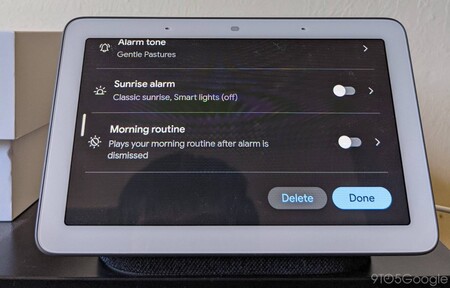 The dawn alarm clock allows us to configure the smart bulbs in our room to simulate the sunrise. The duration of this effect can be 5, 10, 15, 20, 25 or 30 minutes and be accompanied by a pre-alarm with a soothing sound.

Zoom's integration with Google Nest Hub reaches the world with this update. Now in the 'Communications' tab you can make video calls from this popular communication service. 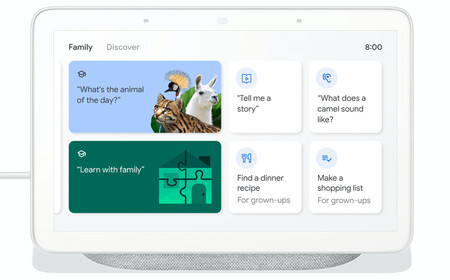 Finally, Google Nest Hub activates the new 'Family' section where you can add sticky notes. In the English version it will also feature interactive stories and the feature Family bell to create bells that announce events such as breaks, time to read, play, etc ...