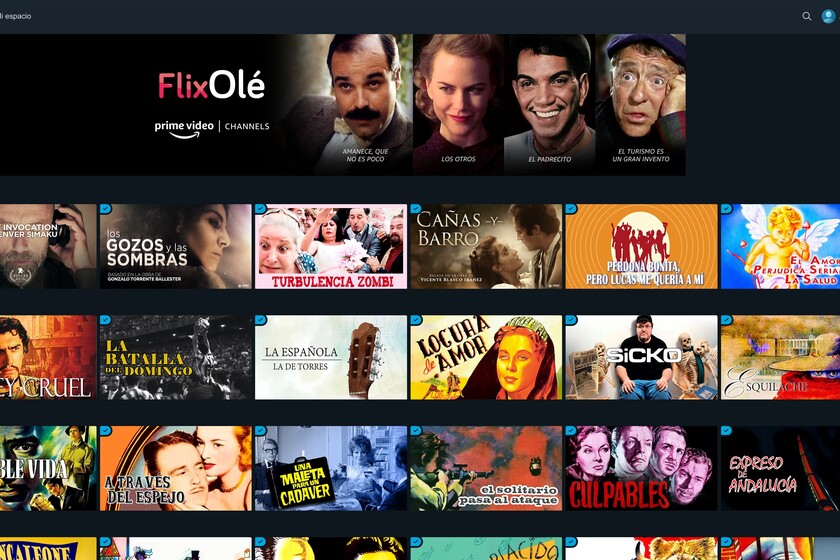 FlixOlé is, as our colleagues from Espinof call it, "the Spanish Netflix", not in terms of the variety of titles available, but because it is focused on content produced in Spain. Enrique Cerezo's company, which claims to have the largest catalog of Spanish cinema in streaming, has announced that the service will be available on Amazon Prime Video as part of the Channels that arrived on the platform at the end of the year.

Thus, for a price of 2.99 euros per month extras to the Prime Video subscription, FlixOlé joins other channels such as StarzPlay, MGM, Nogging, Mubi, TVCortos, OUTtv, Quello Concerts and Mezzo. The Spanish platform, which already has that price if we hire it outside of Amazon domains, thus ensures a lot of visibility given how widespread the Amazon Prime subscription is in our country.

Over 3,500 titles to watch on Prime Video web and apps

In addition to the monthly cost, the contents can be viewed with a 30-day free trial offered by contracting FlixOlé as an Amazon Prime Video channel, an option that the company does not offer right now as a separate service on its own website and applications

This huge catalog that they boast of is supported by more than 3,500 titles, including movies and series, which are also accompanied by classics from RKO, Westerns, Holywood, and Europeans from Italy, France and the United Kingdom.

We have already been able to contract FlixOlé through Amazon Prime, and in addition to the new availability, the arrival of FlixOlé stands out because as a Prime Video channel, nowIt uses the HEVC codec, which means that at the same bitrate, movies and series will look much better than with H.264, the codec they were using when we analyzed quality of service in 2020. 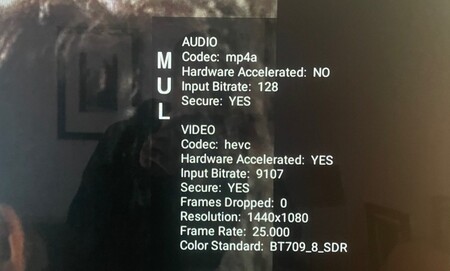 In 'Amanece que es no poco' we can see that, with HEVC codec, FlixOlé reaches bitrate peaks of 9 Mbps, an amount that is more than double that of Filmin and HBO, which also use a lower codec.

The explanation is the same as why 1080p content looks better on Amazon than on Netflix. Another advantage is that with a lower bitrate it can give better quality than H.264, which can help reduce it by a good percentage. the consumption of data to all those who use their data rate on a tablet or smartphone to view the contents.

We have compared the content of FlixOlé in its application for Fire Stick 4K and on the Prime Video channel, and not only does it change the codec from H.264 to H.265, but the perceived quality is much better. This means that FlixOlé or Amazon have not converted the films and series that already had to the new format, but they have encoded them from the original content they had on DVD and Blu-Ray.

A spectacular job that is perceived in titles such as 'Amanece que es no poco', where in the version of the FlixOlé app you see large artifacts that make up film noise, while in the Prime Video channel you see film noise as as collected by the physical format.