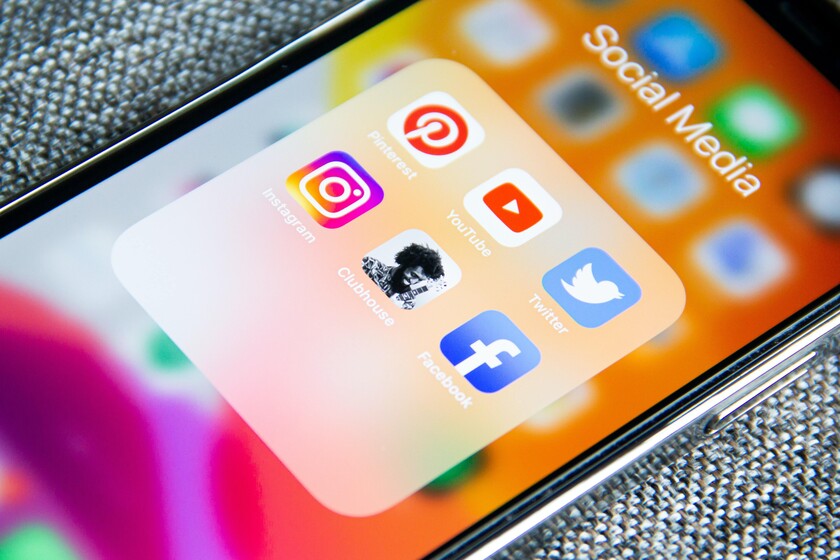 Clubhouse is being one of the sensations of 2021. It is a social network that already has more than a million users and in which the big star is the audio in rooms. There is a moderator that gives way to anyone who wants to speak, so real conversations can take place. Although it is being known publicly now, It was in the first half of 2020 when, with funding from Andreessen Horowitz, it was launched in a very closed way.

So closed that at first it was only open to investors from Silicon Valley startups, and in fact, it continues to work exclusively on iOS with invite. The ironic thing is that days after appearing in media like TechCrunch and The New York Times, I already had a kind of clone, CatchUp, a Facebook application created by the NPE Team, a team of the company that is dedicated to exploring possibilities with I + D.

Months later, with the Clubhouse idea more established, Twitter launched Spaces, a function for its application that was just another clone, integrating audio rooms into its platform.

The Clone Wars started a long time ago 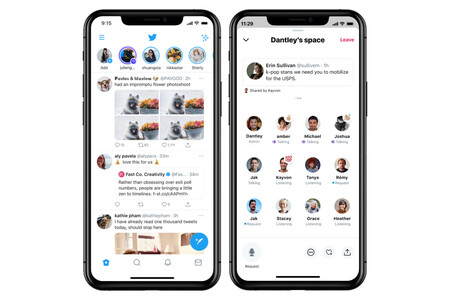 Spaces is the same Clubhouse idea built into Twitter.

If something has made us clear in recent years of social networks, it is that we are in The Clone Warsbut not from Star Wars, but from Silicon Valley. It is something that we can see in the Facebook application graveyard. Most never made it out to be known or left the United States, but their brief existence explains well the world we live in.

This is the case of Facebook Camera, an Instagram rival that was launched when the purchase of Instagram had already become official. The Camera team told an Instagram engineer that "their job was to kill them.". Once Instagram settled on Facebook, Facebook Camera died. Facebook failed in its attempts to buy Snapchat, but in the meantime it tried to have something similar with Poke, an app that allows you to send ephemeral messages for one-time use.

Compared to other technology companies that have historically only dedicated themselves to improving one or more products, social networks show that in a liquid society everything is almost as ephemeral as an Instagram story and you have to change the product practically every day

Battles have not always been won, but wars often have. In the case of Facebook, although it could not buy Snapchat or resist Poke, it ended up winning the contest by launching Stories on Instagram, Messenger and WhatsApp, and making ephemeral content ubiquitous. The greatest example that everything in Silicon Valley tends to be equal is that even a social network with as much personality as Twitter ended up joining that trend with the 'Fleets', which personally still seems to me that they do not hit the network too much.

With Lasso, Facebook tried to temporarily stop Tiktok, and after not succeeding, it has gone on to draw a more aggressive strategy inserting Reels with shoehorn, an integrated clone to which the same thing as the Stories is happening at the beginning, when they are filled with content from Snapchat for having better filters. Reels abound with Tiktok content, something that Instagram does not like, which has already mentioned that non-native content that has a Tiktok watermark will have less visibility.

The practice of copying is neither new nor recent. Only remember the cases of Google Buzz or Google+, clones in turn of Twitter and Facebook. Bringing news and interesting approaches to them, but seeking the same publication objectives. 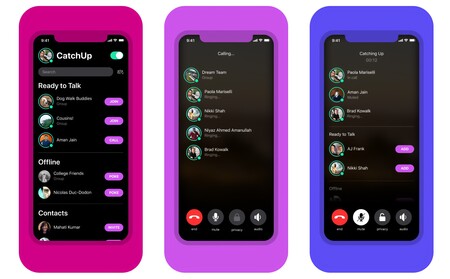 Facebook already had CatchUp before Clubhouse got out of tight circles.

If something has changed with respect to many of the examples we have given, it is that now the big social networks begin to clone, copy or be inspired by functions of new competitors long before they pose a serious threat or create a trend for which they are not prepared.

The Silicon Valley social media model is increasingly similar to that attributed to China: that of copying or inspiring without any blush

It's easy to do the math. When Facebook acquired Instagram, it had 30 million users (and even so the 1 billion who paid for it seemed like a lot of money). At the time when Instagram integrated the Stories copying the idea of ​​Snapchat, Evan Spiegel's social network already had more than 150 million users every day. The same was true of Twitter when Google launched Buzz or Facebook (on a much larger scale) when they launched Google+.

As we said, today is different. Facebook launched CatchUp before Clubhouse left the investor circle. And in November, when Twitter announced Spaces, its clone, Clubhouse only had 600,000 users, according to The New York Times. Now, the same medium says that Facebook is working on a real competitor (more than CatchUp, which has already been forgotten), when the founders of Clubhouse mention that the application "only" has two million weekly users. New era.