catch with displacement and other changes arrive 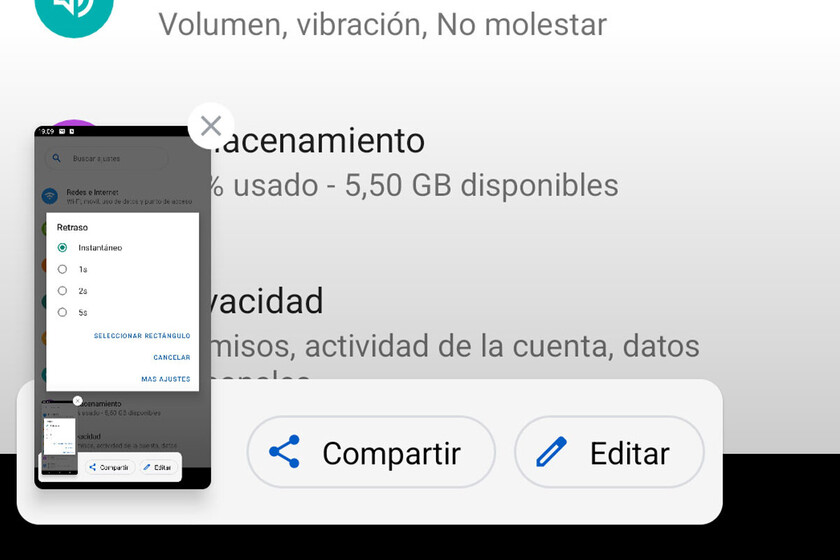 Android 12 is here in the form of its first Developer Preview. This first version brings more changes than we are used to, including several improvements related to screenshots.

For starters, Google continues work on the elongated screenshots, scrolling, in addition to including more options in the screenshot editor. Also, you can slide the preview to the side of the capture you just made to hide it.


Add text and emojis to screenshots 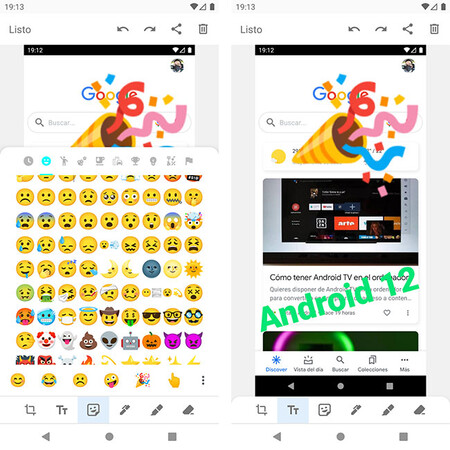 After taking a screenshot, you can make some small adjustments to it with the editor included in Android. This editor is quite simple, although it includes the basics: cropping and adding squiggles over the capture. In Android 12, two more tools are added: add emojis and text.

It is still a simple editor, but now you can add any emoji on the system as a stickeras well as text. In the text it is possible to configure the color between a small list, although no other adjustment such as font or style can be made. 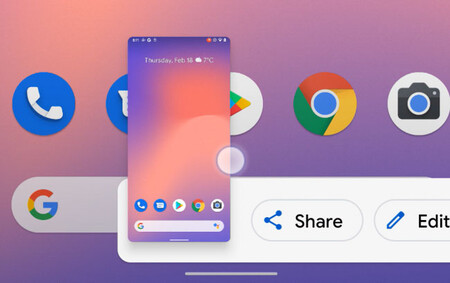 The preview can be hidden by sliding it aside. Image by Android Police

A minor change, but one which is appreciated, is that the preview of the screenshot you just took, and which is displayed in the lower left corner, can be hidden by sliding it to the side.

This is how it works in many layers of Android, but not in pure Android 11. You had to wait for it to disappear automatically or point to the X microscope in one of the corners of the preview. 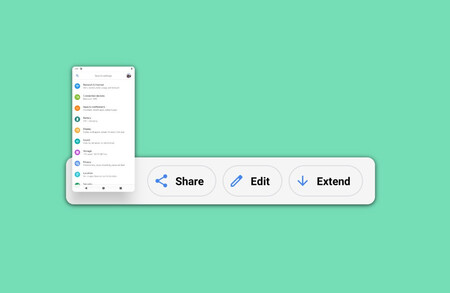 We were told that it was impossible, to later appear as a function for Android 11, which finally remained in the pipeline: the elongated screenshots, scrolling. New version of Android, new hopes that it will officially arrive. The function is not activated by default in the first Android 12 Developer Preview, but it is internally, as you have seen in XDA.

Scrolling screenshots are still a bit janky / broken, but it actually works! (It's not enabled by default so you won't see it when you update.) pic.twitter.com/7ih2zQgvZk


The "bad news" is that at the moment it doesn't work too well, which, on the other hand, is not too unusual considering that it is a first version in the first Developer Preview. Hopefully this time it does end up reaching the final version in August.