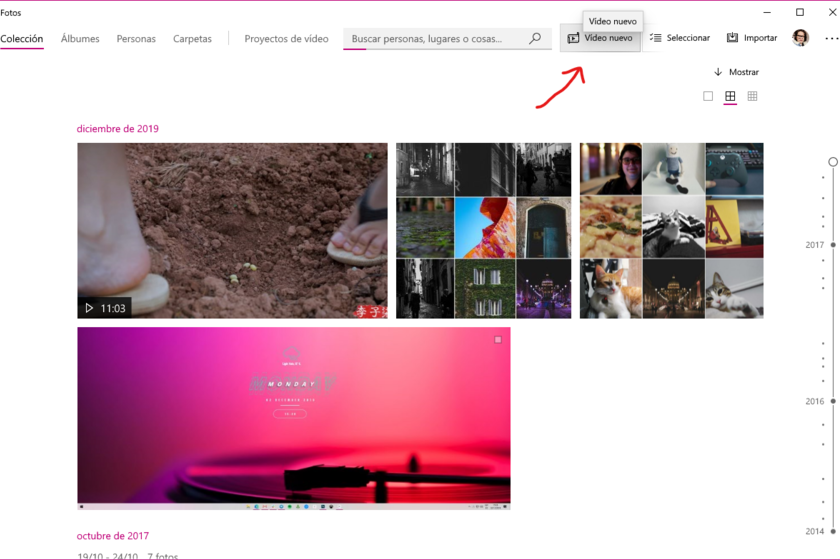 The Windows 10 Photos app lets you view your photos, edit them, put filters on them, more or less color, cut them out, remove red eyes or draw on them. It also orders the images according to collections. For example, take your photos where there are happy faces and put them in an album called smiles. You can also create folders with albums according to the date or allow you to search for people in your photos if you agree to use the facial recognition properties.

Also, a curiosity that many people do not know is that the video editing application built into Windows 10 is not another Photos. In this tool there is a special button for video.

But Photos is not the only free application to edit your images. In fact, this tool that has earned a reputation for slow processing, has alternatives in terms of performance or with more beautiful filters (in the era of Instagram and Snapchat, the filters of these social networks are much more popular than those of Windows). Here's a list of the best free alternatives to Windows Photos: 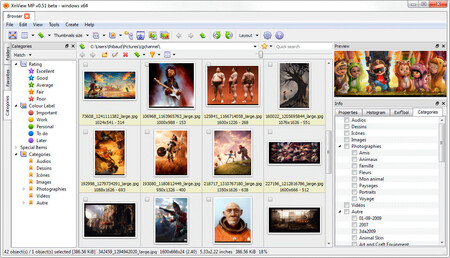 It has functions such as renaming by albums or groups of photos, searching for duplicate images, compare images and can also make slideshows. resize, watermark, add text. And users rate that it is faster than Windows 10 Photos.

IrfanView is a compatible application from Windows XP to Windows 10. It stands out for its enormous speed, for being able to view almost all photo and video formats (although for some you have to install a small free plugin), and for allowing you to process several images at once. time or be able to change the format quickly just by saving them with another. The show was first published in 1996, so it has a long history behind it.

Image editing includes cropping, resizing, and rotating. Images can be adjusted modifying its brightness, contrast, tint and gamma level manually or automatically. Many of these changes can be applied to multiple images in a single operation using batch processing. 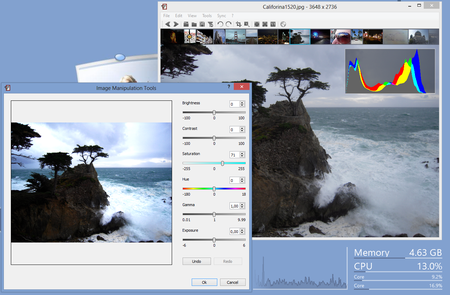 It is a free and open source program. Nomacs is very light and fast, as it has more basic options than those mentioned in the previous porograms. It supports the most common image formats, including RAW and PSD formats. There are some Widgets that can display additional information about the photo such as metadata or histograms.

In addition to its main viewing functions, the program allows you to easily edit images: cut, copy, rotate or resize or do batch editing. You can also compare two images to find the small differences between one and the other, a difficult option to find in most programs. 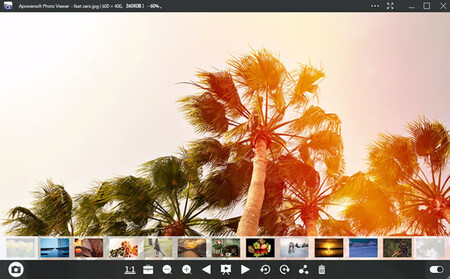 Aesthetically it is very similar to the Windows 10 Photos application but in functionality it varies. View all basic image formats such as JPG, BMP, TIFF, or PNG, plus image formats. professional editing like RAW, PSD and CDR. This application supports special formats in Photoshop, CoreDraw, Ai and others. This tool comes with a batch image processing feature. You can convert the formats, resize or rename them.