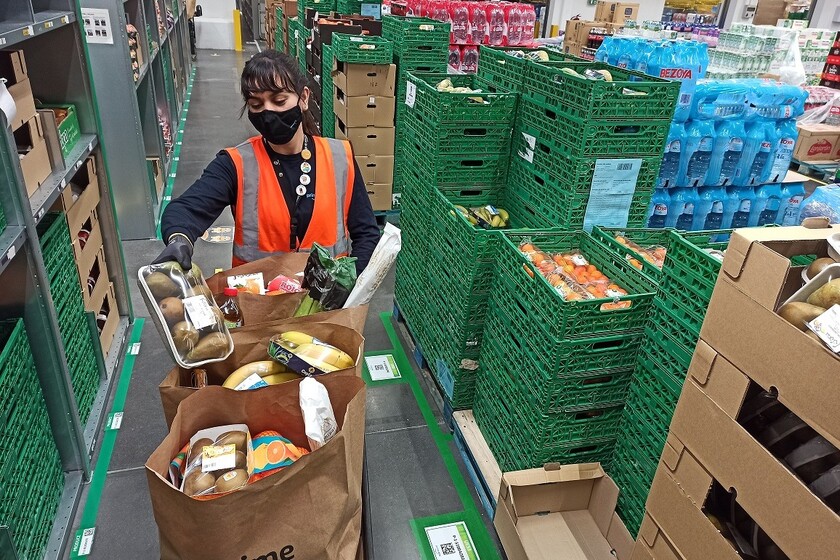 As reported by Cinco Días, Amazon has announced the arrival of its Amazon Fresh service in Spain. It is a modality of distribution of fresh so far only present in the United States, Italy, the United Kingdom, Germany and Japan, and which is now making its debut in Madrid to create competition for traditional supermarkets and food companies. delivery like Glovo, who are also betting on delivering food and articles of all kinds in less than 24 hours.

In addition to the capital, Amazon Fresh will arrive in Barcelona in a few weeks. The service will only be available to customers who have a Prime subscription, and the customer will not have to pay anything beyond the cost of food if the order goes up to 50 euros. If it does not reach this amount, you have to pay 3.90 euros as a distribution, to receive it in two hours. If you want to receive it in less than an hour, you will have to pay 4.99 euros, as long as it is offered. Fast delivery will only be available in some zip codes.

A service that was already given, but now with more order 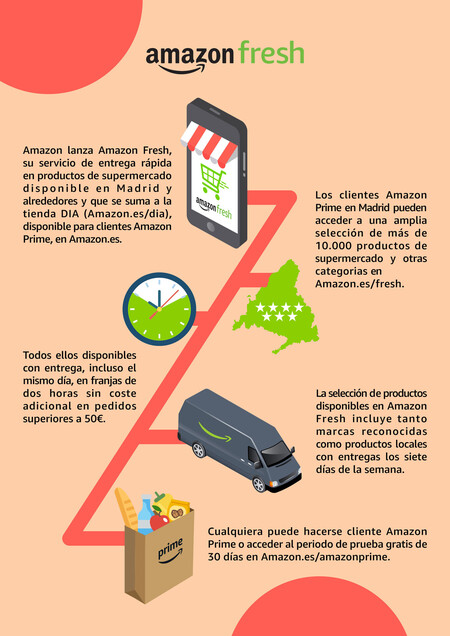 Through the Amazon Prime Now service, Jeff Bezos' company already offered something very similar to what it is now going to provide with Amazon Fresh. However, with Fresh a new organized section opens that will house 10,000 items selected for Fresh and some added. According to Amazon, we will be able to find "fresh and frozen products, meat, fish, fruits and vegetables, dairy products, snacks, basic necessities -all for the purchase of the week-, as well as beauty and personal care products, toys and articles of Stationery".

Amazon also recalls that it has an agreement with the DIA chain that allows its customers to purchase up to 7,000 white label supermarket items, along with local items and top brands. In this case, for Prime customers, they offer deliveries with two-hour bands from Monday to Saturday, from 10 a.m. to 10 p.m. In Madrid and Barcelona they also offer deliveries on Sundays.

After closing Amazon Pantry, which was the alternative to the traditional supermarket, Amazon continues its expansion towards covering all possible purchasing needs of users, in a context, that of the pandemic, which has seen that many people who had never bought food online have taken the step. During the quarantine, orders grew so much in the online services of supermarkets, that many had to close in some areas due to congestion.