a big leap in customization with notable improvements in aesthetics 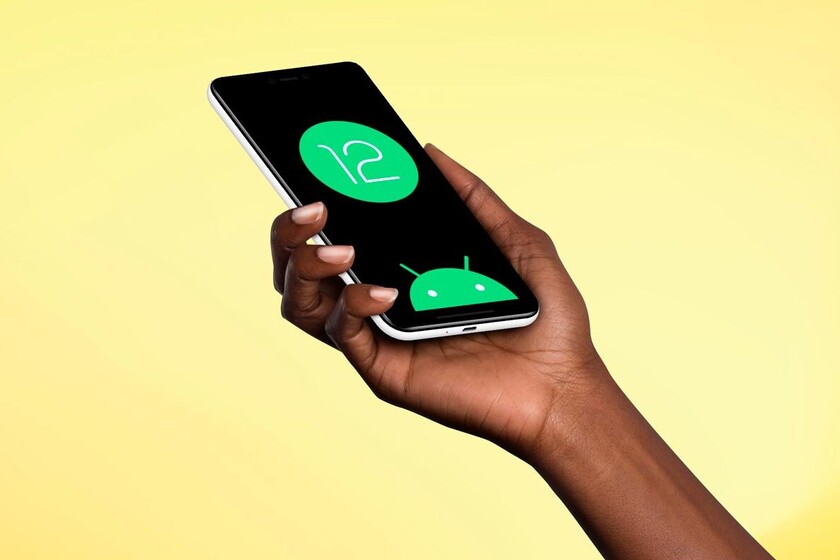 Today is a big day on Android: latest system versionCurrently in its Preview version, it is already available for installation. And we have not wasted time flashing it: after testing Android 12 on our Google Pixel 4A, we are going to explain what we think.

That Android is a more than mature system is obvious; not in vain Google has evolved its offspring to levels of quality, privacy, security and versatility that rival any other mobile system. And of course, the leap between versions brings less and less news since the aesthetics, functions and interface are at a high level. So what does Google have in store for us with Android 12? The first sensations are very good. 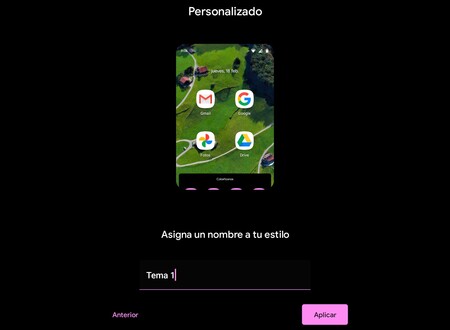 It was rumored that Google was going to expand customization with Android 12, and it has done so: the first Preview offers a complete appearance configuration so that each person can adapt the system to their tastes. It is not as comprehensive as layer themes like MIUI, One UI or EMUI, but it does represent a big leap for stock Android. 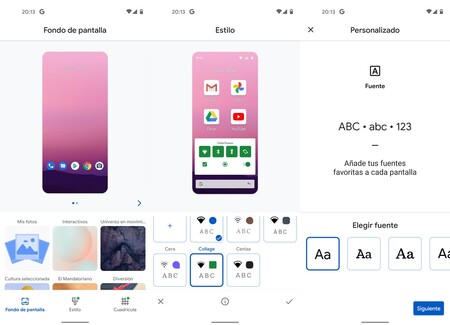 The theme configurator is accessed from the options'Style and wallpapers', on the desks menu. In the 'Styles' tab, Android 12 allows you to choose different default combinations, something similar to what Google hid in Android 11 within the developer options. The new thing is that now you can create themes: just hit the '+'. 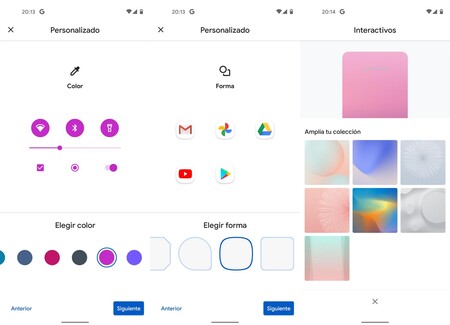 Choose a font type, icon style, accent color, shape for the icons, and save customizations as theme (You have to give them a name) so that it is very easy to switch between them. The configurator is simple, intuitive and quite powerful even though it does not offer as many possibilities as a manufacturer layer. 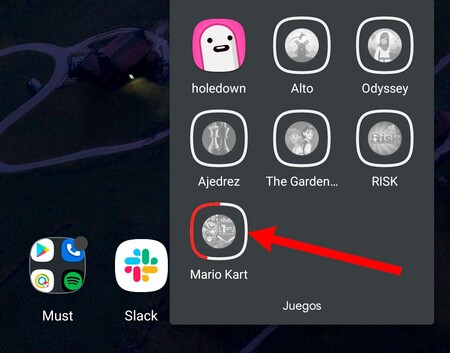 A detail that Google has included in Android 12 is the progress in recovering from a backup. Similar to Apple on iOS, the system reserves the icons and positions on the desktops while restoring the applications. And it places a progress 'ring' around the outline of the icons while keeping them grayed out during installation. 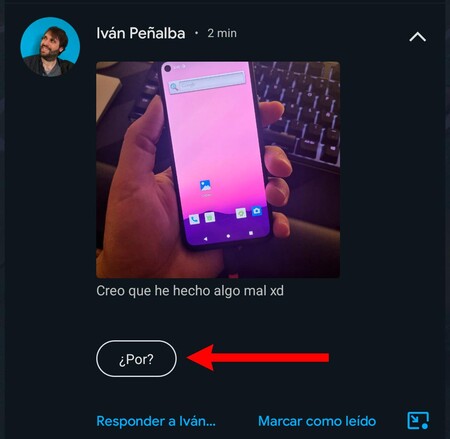 Google has improved the aesthetics of the notifications by making the cards gain integration in the drop-down area of ​​notifications. Also smart responses in notifications take a leap forward: more accurate and proactive. Everything will depend on the application and the content of the message, the system does not always interpret the situation correctly. 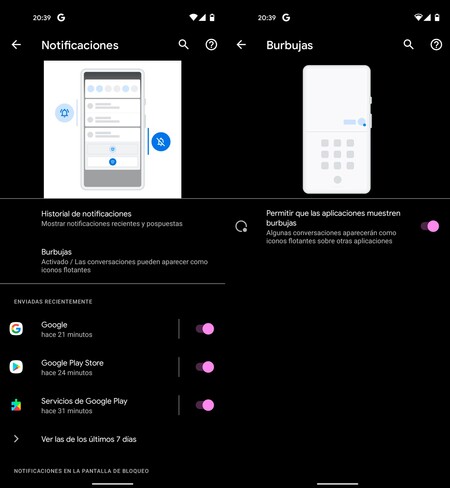 The notification history is much more accessible in Android 12: can be activated and deactivated directly from the notification settings. The bubbles are also adjusted from there, now they are more convenient to configure. Of course, the compatibility with these notification bubbles continues to depend on each app.

Google has added a higher level of AI to the entire system to make it much more productive. Smart replies in notifications are a good example: it is now easier to reply to messages without typing anything and with suggestions offered depending on the situation. In addition, the interface itself makes suggestions: when taking shortcuts from the dock, the launcher fills in the most used apps.

Android 12 animations are smoother. Scrolling between applications with the gesture on the bottom bar is a joy, as is lowering the notification bar and seeing how they are displayed in order.

We are thoroughly testing Android 12: as we find more news we will update this article.