what are they and how do they differ from APKs 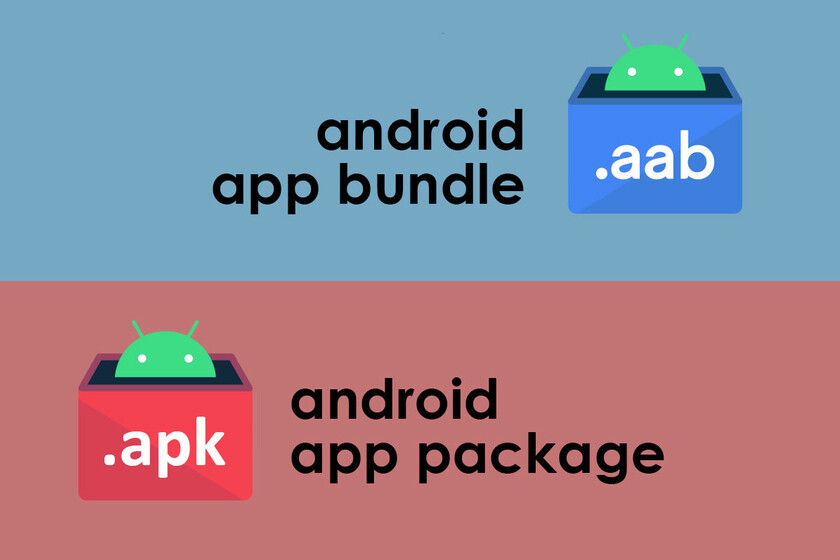 Traditionally, Android applications were available in APK format and end of story, but everything started to change with the arrival of Android App Bundle and various additional extensions like APKM, XAPK or ZIP files with multiple APKs.

Android App Bundles is the official format for publishing applications on Google Play, although it is somewhat more mysterious than the APK of a lifetime. Here we will see what is an Android App Bundle, what advantages do they have and how do they differ of the APKs.


What is an Android App Bundle (.aab)

Android App Bundles are nothing new. Google presented them to us at Google I / O 2018 as a new publishing format that would allow reduce the size of downloads for users which, according to Google studies, results in more downloads and fewer uninstalls.

In essence, an App Bundle contains all the resources of an application, although it cannot be installed directly on the mobile. That is, the base and the rest of the recursor are included as they are graphics, layouts and texts for all possible configurations. 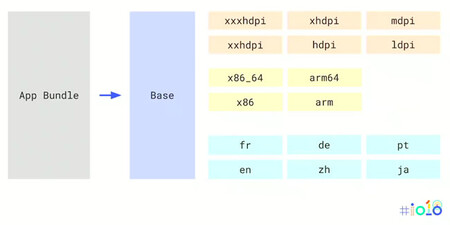 With so many things inside, there is a question that asks itself: How can it be that one of the advantages of the App Bundle is that they occupy less? The answer is that the App Bundle that the developer creates takes up more than an APK. The smallest size is in the download of the APK that reaches users and that Google Play generates from said App Bundle.

The same application published in the App Bundle occupies more than in APK, but not the file that users will download in Google Play

It sounds a bit like a tongue twister, but it's actually a lot easier than it sounds. If a developer creates an app and publishes it in APK format, the normal thing is that all the resources are included like, for example, graphics in the 30 languages ​​that the application supports. For simplicity, if each graphic is 100 Kb, we will have 3,000 KB within said APK.

An App Bundle in .AAB format includes absolutely everything, but Google's servers analyze its content and generate APK files with all possible configurations and that they include only the resources of that configuration. That is, the user downloads an APK that instead of having the graphics for 30 languages, only includes the ones configured on the mobile. Instead of 3,000 KB, it is 100 or 200 KB.

With the App Bundle, Google can generate APKs that include only the resources for your mobile. That is, smaller

What if the user later changes the language of the mobile? Luckily, everything is planned. In that case, Google Play downloads additional language files from your store. The same applies to modular optional features that are included in the application, and that can be downloaded later, not included in the initial download.

As we can see, the reduction of the download size is the main advantage of this format compared to the traditional publication in APK, although not the only advantage. In the past Google has highlighted the 16 compelling reasons for developers to use the App Bundle instead of APK: less development time, extra information in the Google Play Console, shorter compilation times, modular functions ...

How is an APK different from an App Bundle?

So far, we've talked a lot about App Bundles from an app developer's perspective, but as a user, how is one different from the other? In truth the question is tricky, because as a user you should not come across App Bundles: is a package for developers to publish their applications on Google Play. As a user, you can't do much with it, at least not without the necessary tools and knowledge.

And yet we find them in a specific case: when we want to install applications from outside of Google Play, and they are not available in a lifetime APK, but in an App Bundle. They are increasingly common on sites like APKMirror or APK.Support. What we download here is not really an original App Bundle, but a collection of APKs that Google has generated for the different configurations.

That is, while the applications published with APK are a single APK, those published as App Bundle have a base APK and several APKs for different configurations, called Split APK. This has made life difficult for websites to download Android applications, which have had to create alternatives such as the APKM format of APKMirror or XAPK, on ​​UpToDown and other sites.

APKM, XAPK and other formats are ZIP files with an APK string inside that must be installed at the same time

APKM, XAPK or a ZIP full of APK is not an App Bundle, although it is a side effect of them. They are all a ZIP file that includes the Base APK and secondary APKs for supported architectures, languages ​​or any other variant that is available. They cannot be installed by themselves, just like an APK, but a special installer application is required, capable of installing the "chunks" together. 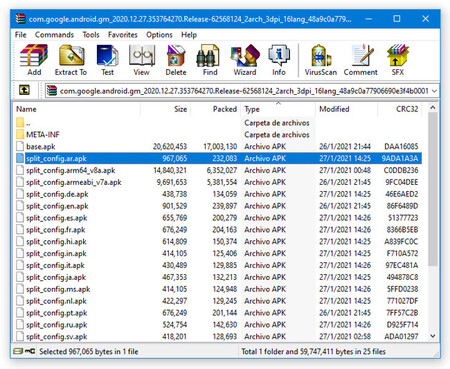 In other words, the App Bundle is an APK replacement when publishing an application on Google Play, but not when installing it. APK files continue to be installed on the mobile, although not one, but several and including only what is necessary to make it work on your mobile.

With the App Bundle that the developer uploads, Google generates countless custom APK files that allow the download of applications to be faster. App Bundle and APK are not opposites, but complementary. It is a good invention, although it undeniably complicates the installation of applications from external sources.