up to 1 meter away 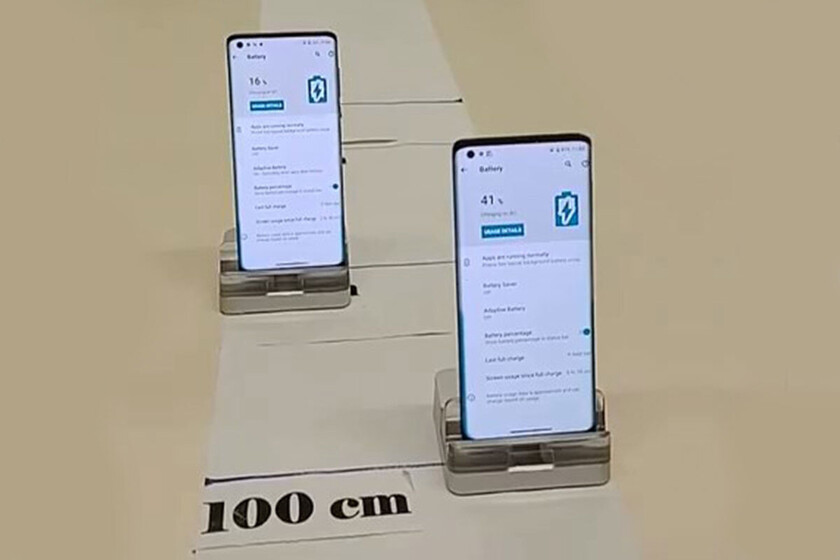 The same day that Xiaomi surprised us with Mi Air Charge, a wireless charging system several meters away, Motorola / Lenovo has announced its own contactless wireless charging. At the moment, without a catchy name and with less technical details available, but under the same premise: charging the mobile without literally being on the charger.

Lenovo didn't give us all the details on how their system works, but they did give us a video demonstration. Naked eye it seems a more rudimentary system than Xiaomi's, which yesterday would have surprised us, but today, in comparison, it tastes a little bit to us.


Charge one meter away, in a straight line?

Comparisons are odious, but if two tech companies announce their own remote wireless charging system on the same day, it's inevitable to compare them. Xiaomi promises a 5W charge from several meters away, in all directions and without obstacles being a big problem. Lenovo promises something a little less ambitious.

In the demo video, we see a charging device on the table that resembles a webcam. Unlike Xiaomi's charger, which looks like a subwoofer, Lenovo's charger is much more discreet.

With two mobiles on the table, they do not start to charge until it is almost straight from the charger and less than a meter away. The person who handles the phones puts them in a holder, although it is not the holder that provides the charge, and the phone begins to charge before touching it.

Unfortunately, we do not have information on the loading speed, although what we do know is that the system can be used with multiple devices at the same time, as long as both meet the requirements of being less than one meter and with direct visibility of the charger in a straight line.

The exact operation of the system for the moment has not been revealed, although it should be similar to that of Xiaomi, but without the support of the beacon antennas for positioning. Thus, the charger emits the waves that will be converted into energy in only one direction, and hence it only works in a straight line. In the video you can also see that, by putting your hand in front of the charger, stop charging, so that the obstacles prevent the load, unlike what Xiaomi commented for its system.